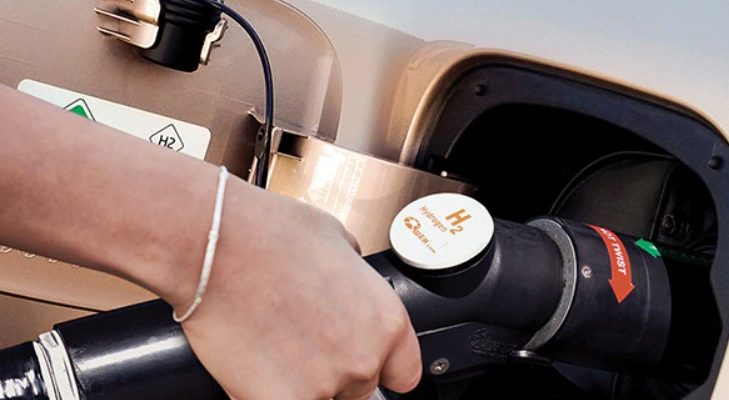 The NEXO fleet was unveiled on Saturday at the GABBA in Brisbane, with Minister for Energy, Renewables, and Hydrogen, Mick de Brenni, and the Hyundai-sponsored Brisbane Lions in attendance to promote the QLD hydrogen revolution before of the final-round AFL match.

The NEXO fleet is intended to raise awareness and is decked out in an eye-catching Indigenous-inspired livery depicting a hydrogen nucleus and the Brisbane River (Maiwar), developed by Brisbane-based Indigenous-owned creative studio Iscariot Media.

A hydrogen station in Brisbane will join sites in Canberra and Melbourne, as well as Australia’s first hydrogen refueling station at the Hyundai Motor Company headquarters in Sydney.

The futuristic NEXO SUV is Australia’s first hydrogen-powered vehicle, and the five QLD government NEXOs will supplement a national fleet launched in 2021 with the rollout of 20 NEXOs for the ACT government and emergency services.

The Queensland government’s NEXO deployment is yet another step forward as Hyundai Motor Company Australia, the government, and other stakeholders work to implement Australia’s National Hydrogen Strategy, which seeks to place Australia at the forefront of the global hydrogen sector by 2030.

Jun Heo, Chief Executive Officer of Hyundai Motor Company Australia, stated that Hyundai is happy to see its innovative hydrogen technology implemented in the Queensland government fleet as another step toward a sustainable motoring future.

Mick de Brenni, Minister for Energy, Renewables, and Hydrogen, stated that the NEXO fleet will highlight the potential of Hyundai’s cutting-edge technology, with the goal of boosting the use of hydrogen as a clean energy source.

Minister de Brenni stated that the transportation industry is Queensland’s second-largest emitter of greenhouse gases and thus a critical emphasis for emissions reduction.

Hyundai is the only brand in Australia to provide hydrogen fuel-cell electric, hybrid and plug-in hybrid (IONIQ), and battery electric (Kona, IONIQ, and the planned IONIQ 5) vehicles, with NEXO serving as the technological flagship of an ever-expanding green vehicle range.

In a futuristic small SUV package that emits only water vapour from its emissions, the Hyundai NEXO has a range of 666km (WLTP) and a refueling period of three to five minutes.