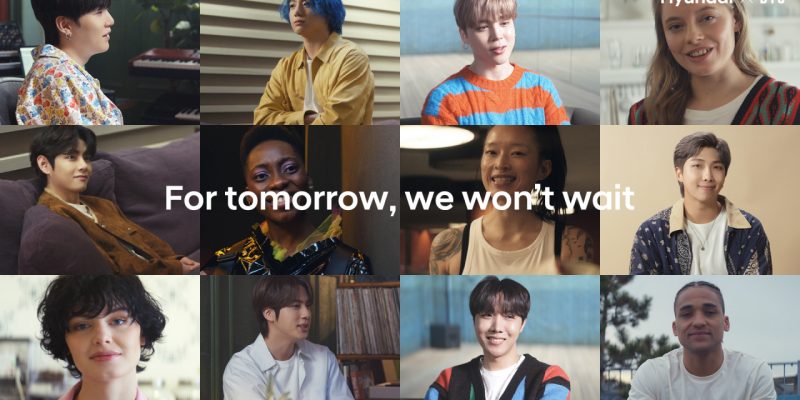 The teaser was posted to the company’s global YouTube and Instagram accounts, and the main documentary, titled “For Tomorrow We Won’t Wait,” will be fully unveiled on June 5 at noon, Korean time. The United Nations General Assembly designated the day as World Environment Day in 1972.

The boyband’s leader, RM, will appear as a host to discuss the safety and sustainability of hydrogen energy with BTS members and MZ generation figures, urging everyone to take immediate action for the environment rather than waiting for things to change.

The film is part of the global hydrogen awareness campaign “Because of You,” which the automaker launched in 2020 in collaboration with BTS.

According to the company, once a hydrogen energy-based society is established, global carbon emissions will drop by 60 tons per year until 2050.