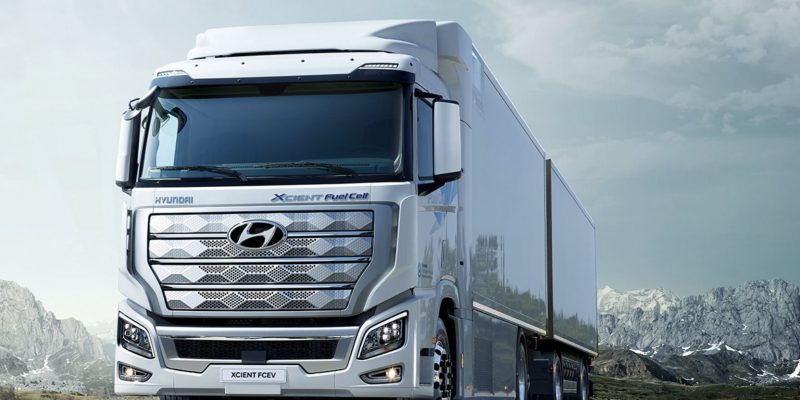 Hyundai Motor of South Korea plans to ship a new series of fuel-cell trucks to Europe later this year, putting the pressure on competitors in the race to prove the viability of hydrogen-powered heavy goods transport.

According to Mark Freymueller, CEO of Hyundai Hydrogen Mobility, a new class of the Xcient Hyundai truck will arrive in Europe in the fourth quarter, equipped with more efficient fuel cells with longer life spans (HHM).

Hydrogen is more expensive than electric batteries in terms of green transportation, but proponents argue that for long-haul transport, hydrogen-powered trucks have an advantage because they have a longer range.

In the world’s most advanced pilot in the field, HHM, a joint venture between Hyundai and Swiss hydrogen company H2 Energy, has been renting out “green” hydrogen trucks to commercial clients in Switzerland since last October.

Next year, HHM intends to expand into other European countries. “Germany and the Netherlands are the most likely,” Freymueller told Reuters, adding that Austria, Norway, France, Italy, Spain, and Denmark were also interested in pilots.

Hyundai’s latest push will put even more pressure on local players who are working on hydrogen plans of their own.

In Europe, where EU environment ministers want truck CO2 emissions cut by a third by 2030 from 2019 levels, threatening diesel bans and higher taxes while promising up to 75% lower road tolls for greener vehicles, hydrogen has risen to the fore.

According to a study by Berylls Strategy Advisors, by 2030, 25% of new truck sales in Europe will be battery powered, with 10% being fuel cell. However, if green hydrogen is scaled up, the ratio may change, according to the report.