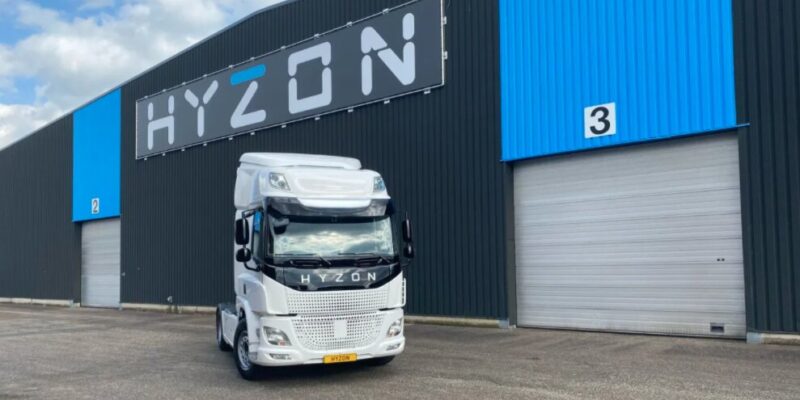 Hydrogen-powered heavy-duty truck company Hyzon Motors is ramping up operations in the wake of its merger with blank-check firm Decarbonization Plus Acquisition Corp., including shipping its first trucks to European customers.

The company is also preparing to start its first customer trials in the United States. Like other transportation companies that have gone public via a merger with a special purpose acquisition fund, Hyzon doesn’t yet have any revenue to speak of. Instead, Hyzon is banking on the huge injection of capital from the transaction — more than $500 million — and growing customer orders to take it to positive cash flow.

In addition to manufacturing hydrogen fuel cell powertrains, Hyzon is also investing in hydrogen fuel production hubs, a key piece of infrastructure for technology uptake. The company is on track to deliver 85 fuel cell vehicles by the end of this year, with the company’s first revenue coming next quarter.

“Many customers are getting their hands on the first fuel cell vehicles they’ve ever seen in the next six to 12 months. That is a genuine kind of technology validation process and the customers need to feel comfortable the vehicles function well in their use case.”

The company is focused mostly on back-to-base operations rather than long-haul freight haulage, as the latter requires a more extensively built-out hydrogen refueling network. The U.S. customer trial with logistics company Total Transport Services Inc. is a high-utilization (trucks can run up to 18-20 hours per day) use case, but the truck will only ever need to access the single refueling station in Wilmington, California.