Iberdrola and bp have declared their intent to develop a strategic partnership with the purpose of accelerating the energy transition.

Together, the firms want to establish large-scale green hydrogen production hubs in Spain, Portugal, and the United Kingdom, as well as considerably extend the public charging infrastructure for fast EVs to encourage the adoption of electric vehicles.

The Chairman of Iberdrola, Ignacio Galán, has stated: “with this agreement, we continue advancing in the decarbonization and energy self-sufficiency through the electrification of two key sectors of our economy, transport and industry. The scale of this challenge requires alliances between companies such as Iberdrola and bp, which have the technology and knowledge necessary to help accelerate Europe’s industrial development and generate, at the same time, well-being and new opportunities for all through clean energy.”

Bernard Looney, CEO, bp: “Creating the lower carbon energy solutions that our customers want and need requires the integration of different technologies, capabilities and forms of energy. We can deliver this faster and at scale when we work in partnership with others. We have enormous respect for Iberdrola who have been an early leader in the energy transition – and are very excited about what we can deliver together.”

Iberdrola and bp intend to launch a joint venture that will invest up to €1 billion to set out a network of up to 11,000 rapid and ultra-fast1 EV public charge points across Spain and Portugal, hence boosting electric mobility.

The strategy is for the installation and operation of an initial 5,000 fast charging stations by 2025 and up to 11,000 by 2030, including bp and Iberdrola’s current and future fast charging hubs.

Additionally, the companies are exploring ways to jointly offer EV clients in the United Kingdom.

Iberdrola provides comprehensive mobility services to meet the demands of electric vehicle customers, including home, commercial, and public charging, as well as urban and heavy transport solutions (electrification of buses and trucks).

Iberdrola is the leader in the public charging infrastructure in Spain and Portugal, with more than 2,500 operational charge stations and others in development, all powered by renewable energy to decarbonize the whole transport sector.

bp anticipates utilizing a portion of its broad and conveniently situated retail network of 1,300 outlets in Spain and Portugal as charging stations for the joint venture. Electric vehicle drivers would be able to charge their vehicles in secure locations with access to extra convenience services.

The firms also intend to develop a joint venture for the large-scale integrated production of green hydrogen in Spain, Portugal, and the United Kingdom, as well as the manufacturing of derivatives such as green ammonia and methanol, which may be shipped to Northern Europe.

This strategic partnership will combine Iberdrola’s world-class track record in renewable energy production with bp’s expertise in gas processing, trading, and its global customer base.

The companies intend to jointly construct hydrogen production hubs in Spain, Portugal, and the United Kingdom, with a combined capacity of up to 600ktpa and the integration of new renewable energy.

The green hydrogen project at the bp refinery in Castellón will be included in the agreement. The Castellón proposal has been submitted by the two enterprises and the Instituto Tecnológico de la Energa in response to the Spanish government’s PERTE hydrogen value chain initiative.

Similarly, Iberdrola and bp’s industrial hydrogen development programs and new initiatives will be included in the deal.

Based on this collaboration in Spain, Portugal, and the United Kingdom, Iberdrola and bp want to investigate potential future opportunities for the production of green hydrogen in other regions.

bp and Iberdrola intend to complete both joint venture agreements by the end of 2022, pending regulatory clearances. 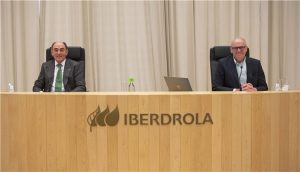 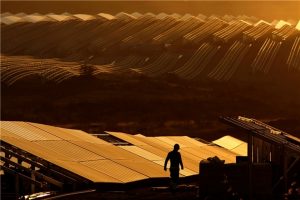