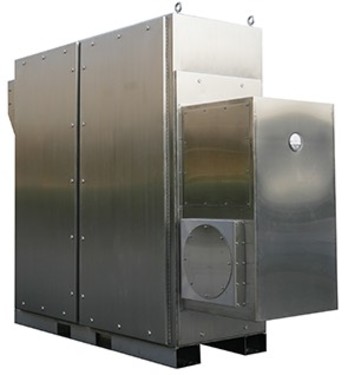 Innovametall Stahl- und Metallbau in Austria will get two hydrogen mix C65 microturbines from Capstone Green Energy for use in an ultra-low emission combined heat and power (CHP) system.

According to the business, this will be Europe’s first hydrogen-fueled microturbine, with the device initially running on 10% hydrogen blended with natural gas.

This figure will rise as Capstone approves larger mix levels in the future, with the company aiming for 30% by March 2022.

Innovametall Stahl- und Metallbau will get the system to offer efficient, on-site power to a powder coating production facility in Freistadt.

This will be constructed as a hybrid system, with solar panels installed on the top of the Innovametall industrial hall supplying renewable energy.

Excess electricity will be utilized to generate hydrogen, which will be used to power the microturbines, with the exhaust from the turbines being caught and used in the facility’s powder coating furnace.

“We aim to demonstrate, not just the successful application of renewable hydrogen as a fuel, but also the high efficiency and reliability benefits of this type of a CHP system.

“We are thrilled to offer a renewable hydrogen-based solution to meet the clean energy goals of today’s progressive businesses.”

Leopold Berger, Head of Energy Systems at Wels Strom, said, “This is an important project, particularly as the Austrian government has instituted ambitious plans to integrate hydrogen into its climate and energy strategy.”

Repsol and Talgo to work on hydrogen-powered trains