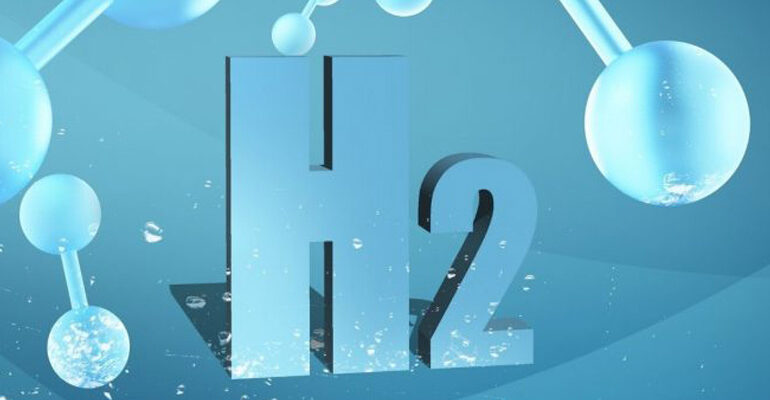 The simplest element and the most plentiful material in the universe is hydrogen.

When hydrogen is burned, it produces heat as the only by-product, and the only by-product is water. As a result, hydrogen-based energy produces no greenhouse-gas-emitting carbon dioxide, making it one of several possible energy sources for reducing carbon emissions and slowing global warming.

However, producing hydrogen and converting it into a usable form takes energy, which isn’t always renewable. In comparison to other kinds of energy, renewable or not, this method is inefficient and costly. Many opponents believe that the hydrogen business is a mechanism for oil and gas companies to delay the adoption of pure renewable energy sources such as solar and wind while preserving demand for their goods.

Despite the dispute, businesses and the US government are working to further the hydrogen industry’s development.

At the Department of Energy’s Hydrogen Shot Summit last August, John Kerry, special presidential envoy for climate, said, “In my travels around the world, I can’t find a country that hasn’t shown interest about hydrogen.” “We’re forming hydrogen relationships all around the world, from Saudi Arabia to India to Germany to Japan, to promote this crucial technology that every government recognizes has the potential to play a major role in the clean energy transition.”

Kerry predicted that hydrogen might become a multitrillion-dollar global business, but he cautioned that China wanted to control it.

Because hydrogen atoms don’t exist on their own, they are usually always attached to another atom, generally another element, producing hydrogen requires energy. (Hydrogen is especially plentiful on Earth in the form of water, or H2O.) Breaking those molecular bonds is required to create pure hydrogen.

In the energy industry, hydrogen is referred to by a variety of colors as a shorthand for how it is produced.

Electrolysis, in which electricity is sent through a substance to cause a chemical change — in this example, splitting H2O into hydrogen and oxygen — is one method of producing hydrogen.

When the energy used to power electrolysis originates from renewable sources such as wind, water, or sun, it is referred to as green hydrogen.

Blue hydrogen is hydrogen created from natural gas using the steam methane reforming method, which involves mixing natural gas with extremely hot steam and a catalyst. A chemical reaction takes place, resulting in the production of hydrogen and carbon monoxide. When water is added to the mixture, the carbon monoxide is converted to carbon dioxide and hydrogen. The process is deemed carbon-neutral if the carbon dioxide emissions are caught and stored underground, and the resultant hydrogen is known as “blue hydrogen.”

However, there is some debate concerning blue hydrogen since natural gas production invariably leads in methane emissions through so-called fugitive leaks, which are methane leaks that occur during the drilling, extraction, and transportation processes.

Although methane does not stay as long in the atmosphere as carbon dioxide, it is a considerably more potent greenhouse gas. According to the International Energy Agency, one ton of methane is equivalent to 28 to 36 tons of carbon dioxide over 100 years.

Grey hydrogen is created from natural gas reforming in the same way as blue hydrogen is, but without any effort to recover CO2 byproducts.

Pink hydrogen is hydrogen produced by nuclear-powered electrolysis, which produces no carbon dioxide emissions. (However, nuclear energy produces radioactive waste that must be carefully kept for thousands of years.)

Yellow hydrogen is hydrogen produced by electrolysis using electricity from the grid. Carbon emissions vary significantly depending on the grid’s power sources.

Turquoise hydrogen is created by pyrolyzing methane and separating hydrogen and solid carbon with heat in reactors or blast furnaces. Turquoise hydrogen is still in the early phases of commercialization, and its climate-conscious value is dependent on using clean energy to power the pyrolysis and storing the physical carbon.

According to Daryl Wilson, executive director of the Hydrogen Council, a group of industry CEOs, the color scheme is a bit basic and has to be upgraded and made more detailed.

Wilson told CNBC, “The color scheme is not helpful in the sense that it doesn’t get to the main point, which is what are the environmental qualities of the hydrogen being created.” “The most important problem is that a mechanism for tracking and announcing the exact CO2 intensity of whatever hydrogen you’re dealing with is required.”

Hydrogen is already used extensively in chemical and steel manufacturing processes. According to Jake Stones of market research firm Independent Commodity Intelligence Services, generating clean hydrogen for use in those industrial processes is crucial to lowering carbon emissions (ICIS).

According to Sunita Satyapal, who manages hydrogen fuel cell research for the Department of Energy, hydrogen’s biggest benefit as an energy source is its adaptability.

She refers to it as the “Swiss Army Knife of Energy.”

According to Stones, clean hydrogen might be effective in decarbonizing industrial heavy transportation such as truckers, large industrial vessels, and planes.

Smaller consumer automobiles are less intriguing, as battery-powered cars are becoming more widely used. However, larger cars need larger batteries, which increases their weight and, as a result, their energy consumption. Hydrogen might offer a solution to the problem.

The sun doesn’t always shine, and the wind doesn’t always blow, thus hydrogen may be utilized to store energy from intermittent renewable sources. Instead of storing energy in batteries, utilities can turn excess energy into hydrogen and use it for energy later.

Stones told CNBC that hydrogen “can be kept underground for as long as it needs to be, much like natural gas, and on a seasonal basis.”

The Department of Energy initiated the Hydrogen Shot initiative in June, with the goal of lowering the cost of clean hydrogen to $1 per kilogram in ten years.

At the Department of Energy’s Hydrogen Shot Summit, billionaire Bill Gates, the founder of Breakthrough Energy Ventures, remarked that lowering the price of clean hydrogen “would be a major step toward tackling climate change.” “The objective of reducing premium by 80% is great and ambitious,” he remarked.

According to the Department of Energy, there are three main strategies to reduce the cost of clean hydrogen from roughly $5 per kilogram to $1:

Electrolyzer efficiency, durability, and production volume are all being improved.

Improving pyrolysis, which produces solid carbon rather than carbon dioxide as a byproduct, according to Satyapal.

The term “advanced routes” is a catch-all for experimental technology. One example is the photoelectrochemical method (PEC), which breaks water into sunshine and hydrogen using sunlight and specific semiconductors.

While green hydrogen might be useful for decarbonizing heavy industries, powering ships and aircraft, and possibly storing energy, it is inefficient as a general energy source, according to Cornell University ecology and environmental biology professor Robert W. Howarth.

Howarth is one of 22 members of the New York Climate Action Council, which is tasked with producing an implementation plan for the statute requiring New York to establish a decarbonization plan. Natural gas industry stakeholders proposed deploying blue hydrogen in existing natural gas pipeline infrastructure to heat houses in the summer of 2020.

However, in August, Howarth and Stanford professor Mark Jacobson presented a study demonstrating that this was a lousy idea.

“The main result is that blue hydrogen emits a lot of pollution and can only be utilized in small amounts in today’s gas infrastructure,” Howarth told CNBC. “It is significantly less expensive to switch to electrically powered heat pumps for heating.”

Other opponents argue that the issues with hydrogen are deeper.

According to Paul Martin, a chemical process development specialist and member of the Hydrogen Science Coalition, the process of creating hydrogen, compressing it, and then converting that compressed hydrogen back into electrical or mechanical energy is wasteful.

“It’s worth putting up with a lot of issues with a battery because you receive 90 percent of what you put in for every joule you put in.” Martin told CNBC, “That’s really wonderful.” Only 37% of the energy used to produce and store hydrogen is recovered. “So, according to you, 63 percent of the energy is gone. And that’s the best case scenario.”

However, according to Martin, who describes himself as a lifelong environmentalist, the concept of using hydrogen as a fuel is false.

“The fossil fuel business is really behind this hydrogen push, because what are they going to do if they don’t have it?” Without fossil fuels, the fossil fuel industry is essentially the petroleum chemicals and materials sector, which accounts for around 25% of the existing business.”

Martin, on the other hand, believes that pursuing green hydrogen is critical for all of its other applications, such as industrial operations and the Haber-Bosch process, which transforms hydrogen and nitrogen to ammonia for use in fertilizer. Over the last 100 years, the Haber-Bosch process is credited with dramatically expanding food production and helping to feed the world’s rising population.

“I don’t want to give the impression that I’m anti-hydrogen.” “I believe that producing green hydrogen is critical,” Martin stated.

“However, it’s critical to utilize it for the proper purposes and not for the wrong ones.”