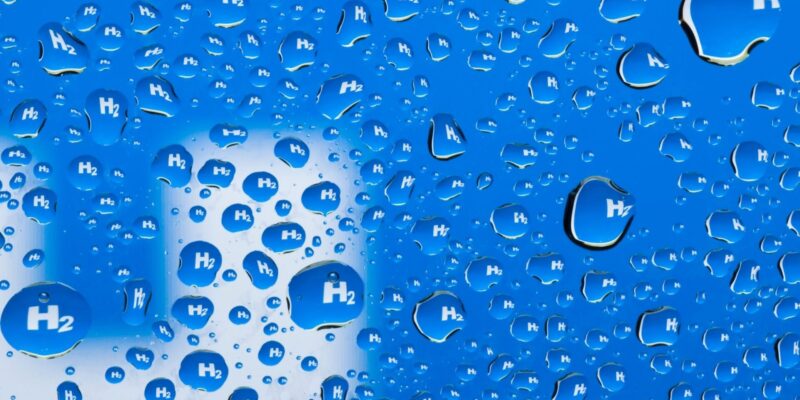 Take a proton and an electron, and you’ve got hydrogen, the most fundamental building component of the cosmos. When compared to electric cars, it is typically viewed as a more efficient and ecologically beneficial fuel. But why can’t a hydrogen-powered vehicle outperform a battery-powered one?

Better range, less pollution, longer service life, and higher power should all be characteristics of the H-drive. Is it, however, really that simple? Is hydrogen-powered transportation the way of the future, with electric vehicles serving as a “temporary” solution?

“No,” argues Thomas Jordan, a professor at the Karlsruhe Institute of Technology’s Institute for Thermal Energy Technology and Safety (ITES) (KIT). “Even if it is sometimes presented that way, the matter is not black and white. Nonetheless, it’s important to consider the benefits and drawbacks of both drives.”

In truth, the drawbacks of electric vehicles appear to be quite significant at first appearance, both in terms of range and battery manufacture from crucial raw materials, but most importantly in terms of charging infrastructure. “In order to equip Germany’s traffic with electric automobiles across the board, a fully new power system would be required. Otherwise, based on the existing situation, you wouldn’t be able to fill the numerous batteries at all “Jordan explains.

“Consider a truck stop on the side of the road where each truck must charge as rapidly as feasible. However, each one takes at least 20 minutes to charge, and depending on the charging technology, it may take much longer.”

Both logistically and in terms of the burden on the electricity system, this is a huge issue. “Building an entirely new network, in my opinion, would be much too costly,” Jordan argues. “Perhaps better-charging methods will emerge in the future, but we already have the same efficiency with hydrogen-powered vehicles now.”

Is it better to use an internal combustion engine or a fuel cell?

The reason for this is that “with hydrogen cars, you can recharge in three minutes and have a range of roughly 500 kilometers without overwhelming the power infrastructure,” Jordan argues. “As well as being totally CO2-neutral and having comfort features like heating and air conditioning.” As a result, nations like China are increasingly focusing their investments on hydrogen filling stations rather than e-charging stations.

There are two methods to use hydrogen: on the one hand, a combustion engine that operates on hydrogen instead of gasoline, and on the other hand, a fuel cell that uses an electrolysis process to create energy from hydrogen. “A fuel cell vehicle functions in the same way as an electric vehicle. It’s simply that instead of a battery, it gets its energy from a fuel cell “Jordan says.

Where the hydrogen automobile is more environmentally friendly

Engines and fuel cells have one thing in common when it comes to the environment: they don’t release CO2 “Water vapor is the primary product of a hydrogen-fueled internal combustion engine. In rare circumstances, it may also emit poisons, although these may be easily removed using filtration methods.” During its usage phase, a fuel cell, on the other hand, virtually exclusively creates heat as a by-product.

A fuel cell’s production is also far less critical than that of an electric vehicle’s battery: “A certain amount of platinum is required for low-temperature fuel cells, which are the most commonly used in car construction, but it is also required for the construction of a catalytic converter in an internal combustion engine. The rest of the basic ingredients required to make a fuel cell are relatively unimportant. Platinum is likewise non-toxic to the environment; the only issue is that it is extremely rare “Jordan explains.

Aside from the fact that batteries are also used in hydrogen cars, the hydrogen vehicle contrasts sharply with the lithium required for electric vehicle manufacture. However, as compared to electric automobiles, the H-car did have certain drawbacks.

When it comes to useful energy, you’re in a pickle. “Battery vehicles are unquestionably more energy efficient,” the professor asserts. “With an e-vehicle, the electrical energy is automatically replenished. If you charge 15 kilowatts, for example, you’ll have an average range of 100 kilometers, which the car will nearly entirely use.”

In terms of the energy economy, fuel cell vehicles are less sustainable: “For a distance of 100 kilometers, a fuel cell requires about one kilogram of hydrogen. It transforms this into electrical energy and sends it to your car’s electric engine. However, compared to e-cars, a far bigger portion of the energy is wasted through heat production.” However, the hydrogen that is lost here might be retrieved elsewhere.

Hydrogen as a source of energy?

“If you want to drive an e-car in an ecologically beneficial manner, you must ensure that the electricity you are charging originates from renewable sources, such as wind power or solar systems,” says the professor.

When charging overnight or when there is no wind, this is no longer guaranteed. “Currently, storing such green energy is quite challenging. If this energy were to be utilized to make hydrogen in huge quantities, it would be stored in the hydrogen.”

Some energy would be lost in the fission process, but Jordan points out that “energy that might be produced from wind power or solar systems and is not used quickly is virtually entirely squandered.” A portion of solar or wind electricity that is not used. “If you used this energy to make hydrogen, there would be a lot more of it stored than there is now.”

“Hydrogen is now created as a waste product.”

Furthermore, this approach is substantially more ecologically beneficial than conventional hydrogen manufacturing. “Hydrogen is now mostly sourced as a waste product from the chlorine and plastics industries. In Germany, the equivalent chemical parks are frequently powered by CO2. In this approach, a by-product that would otherwise be discarded is reused in an environmentally friendly manner. It’s incomprehensible, “Jordan explains.

As a result, hydrogen as a source of energy is a more environmentally friendly alternative to present procedures. In Karlsruhe, this realization has already arrived.

In Germany, there are 100 hydrogen filling stations, one of which is in Karlsruhe.

“Almost 100 fueling stations have been erected at key locations around Germany so that people may conveniently travel across the nation. One of these is the TotalEnergies fueling station on the southern ring road in Karlsruhe “The speaker says.

“In addition, for several decades, there have been numerous financing initiatives for the future development of hydrogen cars, which operate concurrently with funding for battery vehicles.” Furthermore, the same state incentives are available for fuel cell automobiles as they are for electric vehicles. Nonetheless, the tendency is still in favor of the battery at the moment. Why?

“The internal combustion engine is being vilified,” says the author.

“On the one hand, because e-cars are somewhat more energy-efficient,” Jordan says to ka-news.de, “on the other hand because a hydrogen tank or a fuel cell is considerably more complex and expensive to construct – especially in terms of safety.” “Another important factor is that many hydrogen cars are best suited to internal combustion engines.” However, in politics and the media, this does not go down well.

“Unfortunately, certain dogmatic political methods want to outlaw and condemn the combustion engine as a matter of principle,” Jordan remarked. “Funding should be dispersed equally, and diverse technology solutions should be allowed,” says the author. After all, a hydrogen engine is not only CO2-free but it is also required in particular situations.

“To convert all automobiles to electricity is unthinkable.”

“Trucks, not vehicles, are the biggest source of CO2 emissions from road traffic,” Jordan argues. “A battery-powered vehicle, on the other hand, would be illogical. Long-term, the battery would be simply too hefty to operate a vehicle.” Aside from the fact that such a large battery would have a negative influence on the environment, “its weight also pushes the truck closer to the allowable 40 tons, reducing the payload.”

According to Jordan, “converting all cars to electricity is unthinkable.” As the professor explains, the hydrogen combustion engine is a more ecologically friendly and significantly more powerful alternative to batteries and fuel cells for trucks and agricultural equipment. So, will these internal combustion engines play a role in future mobility?

The future of road transportation is a blend of technologies

“The existing electrical mix hasn’t benefited the ecology or infrastructure,” says Jordan, a hydrogen specialist. “However, countrywide hydrogen trucks, as well as fuel-cell-powered automobiles, will require a substantial supply infrastructure.” It is also less expensive to build this infrastructure than it is to transform the electricity grid.

However, as Jordan says when questioned by ka-news.de, e-cars do have no future “It is undoubtedly possible to mix the two. Installing a so-called ‘range extender’ – i.e. an extra fuel cell – in an electric car, for example, might expand its range for lengthy excursions.”

For example, an energy-efficient e-car may be used for city and local transportation, while a fuel cell or hydrogen engine can be used for longer excursions. “I feel that, depending on the conditions, a healthy combination of hydrogen and e-mobility would make the most sense,” adds the professor. “And I believe that will continue to be the case in the future.”

Can hydrogen play the role in saving humanity?