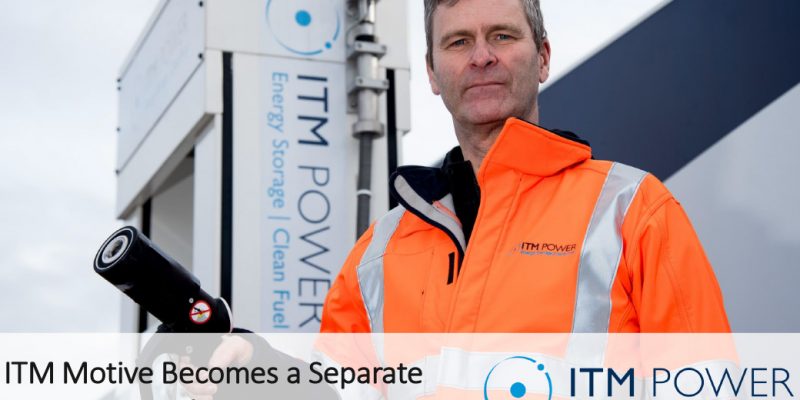 ITM Motive has taken over all of ITM Power (Trading) Limited’s English refueling assets, as well as its resources and staff. ITM Motive was formed as a division in 2020 with the appointment of Dr Duncan Yellen as Managing Director.

ITM Motive owns and operates a portfolio of 12 Hydrogen Refuelling Station (HRS) assets, eight of which are currently operational and four more in the planning or construction stages, making it the UK’s largest operator of HRS. The portfolio has a total hydrogen generation capacity of 3.1 tonnes per day and a dispensing capacity of 7.8 tonnes per day, generating annual sales of £9.27 million at maximum capacity and current hydrogen fuel rates.

ITM Motive employs a total of 13 people, with four more joining the team in the next two months. Shepcote Enterprise Park is where the business is headquartered in Sheffield. ITM Trading has signed a transitional services agreement with ITM Motive to provide corporate support services while ITM Motive concentrates on market growth opportunities and alliances, as well as optimizing operations and financial results and managing after-sales support. ITM Motive plans to quickly expand its network of refueling stations in the United Kingdom, and it is already in discussions with potential partners who could provide capital, complementary technical expertise, and market access.

Germany to use hydrogen trains on reactivated historic line