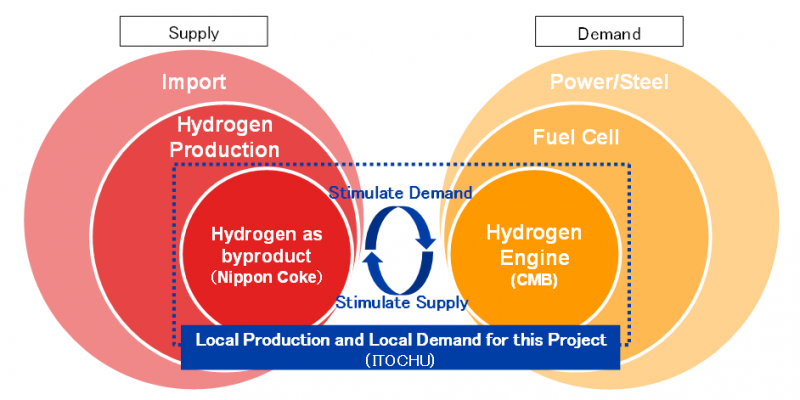 ITOCHU Corporation has agreed to implement joint operationalization research on a hydrogen business based on the local production for local consumption model in northern Kyushu with Nippon Coke & Engineering Company and Compagnie Maritime Belge.

Featuring both the hydrogen byproduct of Nippon Coke and CMB’s hydrogen engine, this project creates both supply of and demand for hydrogen in northern Kyushu, with the goal of quickly building a supply chain based on the local production for local consumption model to aid in the realization of a carbon-free society.

In Japan’s green growth strategies, hydrogen is seen as a key technology for achieving carbon neutrality. In the shipping industry in particular, the practical application of engines capable of directly burning hydrogen and ammonia is positioned as a pressing matter. Compared with other hydrogen power sources, hydrogen engines can generate high power and require extremely economical lifecycle cost. As such, it is expected to be adopted in society in the near future.

Going forward, the three companies will determine the demand for hydrogen in the northern Kyushu region through this operationalization research and obtain the necessary government approvals and licenses, and then work toward the launch of a hydrogen supply chain in FY2023. 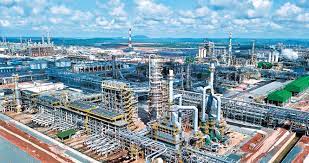