Iveco to produce hydrogen buses in Turin and Foggia

Iveco will resume production of Iveco Bus-branded buses in Italy, as it did with Irisbus before 2011. This is confirmed by the same Exor-owned company, which went public in January following its spin-off from Cnh Industrial.

As part of the Pnrr resources, the project is subject to access to the Ministry of Economic Development’s Development Contracts (subsidized financing, interest subsidy, plant account, direct) for a total of $300 million to fund the assembly of low-emissions methods. The first automobiles are expected to be produced in April 2023.

“The facts arrive after much rhetoric about reshoring. – Minister Giancarlo Giorgetti greeted the initiative as “great news for the relaunch of Italian industry and a concrete signal of the implementation of government support that goes hand in hand with a successful entrepreneurial idea that it wants to bring back, as in this case, important productions in our country.” Furthermore, the fast track regulation, which I firmly advocated for, allows key investments in Italy to be made faster and with fewer bureaucratic hurdles. Iveco, it is hoped, will be the first of many ventures in this approach.”

“The declaration by Iveco to resume bus production in Italy is fantastic news for Turin, Foggia, and the entire country,” says Gilberto Pichetto, Deputy Minister of Economic Development. «The Mise’s industrial policy, which includes financial assistance for creative development initiatives, is once again winning, says the deputy minister. Italy’s inherent and crucial industrial vocation, notably in the automotive and high-tech industries, is therefore confirmed. Continue in this manner “..

In France and the Czech Republic, Iveco produces cars for local transportation. The Turin and Foggia facilities, which specialize in internal combustion industrial engines, are affected by the new regulation. The proposal calls for the engineering and production of electric batteries to be strengthened in Piedmont, while new lines for the final assembly of battery and hydrogen fuel cell buses, as well as methane/biomethane and diesel/biodiesel buses, are being examined in Puglia. FPT Industrial, an Iveco trademark associated with propulsion, will produce accumulators and conduct research and development. New employment will be made in both Turin and Foggia. “We are confident in the merits of our plan and are pleased to make it public today since, if accepted, it would allow us to develop new capabilities.

The proposal would increase production and technological capabilities in Europe without compromising Iveco’s other European factories’ expansion plans or output levels.

“This is a significant industrial endeavor since it confirms Iveco’s renewed commitment to the bus segment in Italy, following the difficult choice to move manufacturing overseas a few years ago. Furthermore, two powertrain facilities, one in Turin and the other in Foggia, will profit, as they will need new products over time to adapt to the energy shift by their very nature.”

“We are certain that the government will promptly authorize the investment, as it is critical that the NRP funds serve the actual economy and promote the energy transition, as well as, in this case, to support the Italian supply chain, as the trade unions have urged on multiple occasions. We will request a national conference with the involvement of the areas affected as soon as the project is further defined, to clarify the productive and employment implications.” 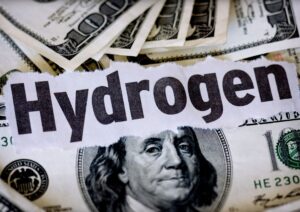