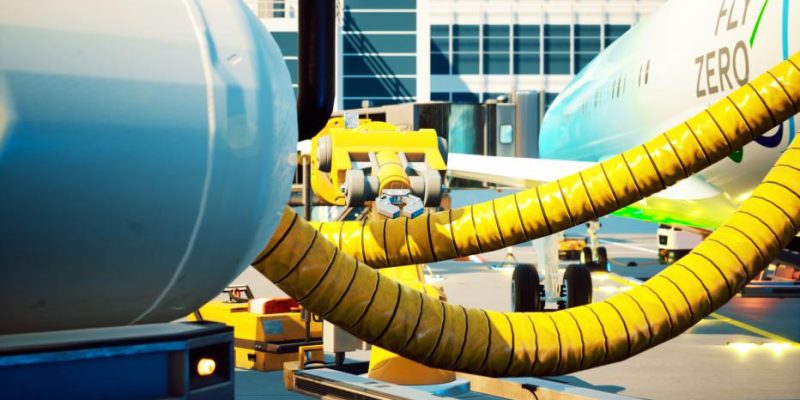 Once hydrogen-powered aircraft start flying in 2035, airports will need to plan for the delivery and storage of hydrogen now.

New research by Jacobs, “Airports as Catalysts for Decarbonization”, provides a roadmap for airports to implement hydrogen fueling technologies, building on the work for the Aeronautical Technology Institute FlyZero Report, “Airports, Airlines and Airspace – Operations and Hydrogen Infrastructure”.

In order for airports to be prepared for the first commercially available hydrogen-powered aircraft expected in the early to mid-2030s, they must plan, design, consult, and implement new airport infrastructure in advance.

To ensure that hydrogen-powered flights can take off as soon as aircraft are available, the new roadmap provides airports with a series of steps that can be implemented incrementally. Prior to developing more advanced liquid hydrogen storage and gas pipelines for fueling planes in the early 2050s, it suggests that airports first provide airside hydrogen storage and refueling stations in order to meet the first flights’ needs as soon as possible.

Aside from the planes and airport infrastructure, these sources will be able to provide power Hydrogen gas blends could power terminal heating by the mid-2040s, with 100 percent hydrogen gas heating by the 2050s, according to the report. Using electrolysis to produce hydrogen on-site, an airport could become an energy hub for its surrounding area. Businesses, government agencies, and private residences could all benefit from this carbon-neutral energy source.

The majority of an airport’s climate impact is a result of flight-related emissions. More than 80% of the aviation sector’s emissions come from flights that travel more than 1,500 kilometers long. Using hydrogen-powered planes is estimated to reduce the environmental impact of flights by 50-75 per cent. Commercial aircraft could be powered by a hydrogen-combustion propulsion system by the year 2035, according to Airbus.

India could produce hydrogen from coal