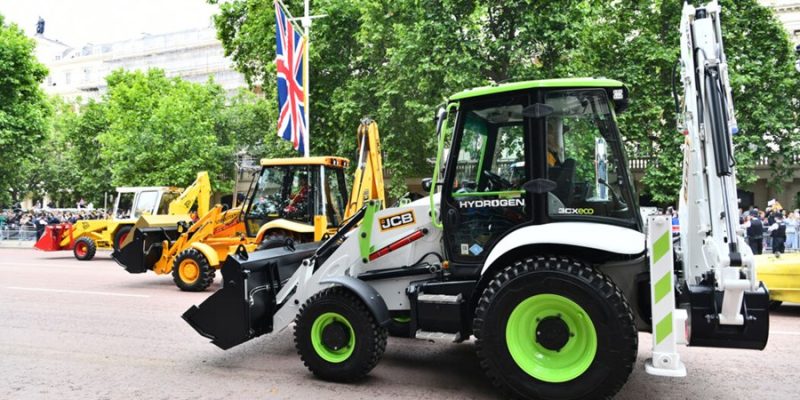 The world’s first excavator driven by a hydrogen combustion engine was given a royal welcome in a procession commemorating the Queen’s 70-year reign.

The JCB backhoe loader, which was dressed in characteristic green and white livery and piloted by JCB Test Site Operator Georgina Williams, 30, was applauded as it made its way up The Mall in London towards Buckingham Palace.

The machine was created in secret by JCB in Staffordshire, and the Platinum Jubilee Pageant was its first significant public appearance on a global scale. Lord Bamford, Chairman of JCB, is in charge of the effort to build hydrogen-powered JCB equipment.

I was ecstatic to see JCB’s first hydrogen-powered product take center stage during Her Majesty the Queen’s 70-year reign’s Platinum Jubilee Pageant. So much has transpired in the last seven decades, and the jubilee has brought attention to the need to protect the environment in the future.

“I was very happy to highlight at the Pageant how we are focussing on the development of JCB machinery driven by hydrogen, which will help propel us towards a zero-carbon future,” said Lord Bamford, Chairman of JCB.

Anthony Bamford has challenged JCB engineers to build a hydrogen combustion engine by 2020 because he feels it is the most efficient method to meet the UK’s emissions reduction commitments. JCB is in the vanguard of the push to achieve zero emissions by 2050 and has a number of hydrogen-powered prototype machines in the field.

The corporation has put £100 million into the initiative to build super-efficient hydrogen engines, and a team of 100 engineers is working on it. JCB has showcased the second prototype of hydrogen-powered equipment, a Loadall telescopic handler, which is used in the construction sector and on farms all around the world, in addition to the backhoe loader that paraded along The Mall.

Turkey has the capacity to manufacture 615 million tons of hydrogen