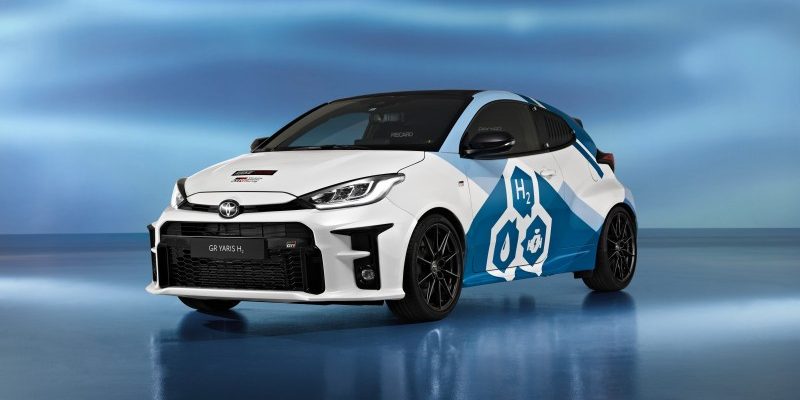 This will be the debut of the new GR Yaris H2, an experimental concept that use hydrogen to power a combustion engine based on the same turbo block as the production vehicle.

The Finn, who won with Peugeot and Lancia in 1986, 1987, and 1991 and with Toyota in 1993, announced a few weeks ago that he want to test the most recent version of the GR Yaris, which is presently winning the championship with Kalle Rovanpera. At the ninth round of the WRC, the Ypres Rally, he will drive the GR Yaris H2 on one stage every day of competition. His vehicle will be designated as a test vehicle and will be driven ahead of the competition.

The powertrain for the new GR Yaris H2 was developed in the GR Corolla H2, which recently competed in the Fuji 24 Hours. Toyota has been a pioneer in experimenting with hydrogen-powered racing vehicles. Jari-Matti Latvala, WRC Team Principal and a staunch proponent of a hydrogen-based rally future, shared the vehicle alongside team founder Akio Toyoda on that occasion.

A few days prior to the Ypres Rally, Jari-Matti Latvala remarked, “It will be exciting to watch the GR Yaris H2 in action.” “It was thrilling to compete alongside Akio in the Fuji 24 Hours, and now we have the chance to demonstrate the same technology in rally stages. I would have wanted to drive the car personally, but because rallying is my primary focus, I am eager to hear what Juha Kankkunen thinks about driving a hydrogen car.”

In addition to demonstrating the hydrogen-powered GR Yaris, Toyota disclosed that its support area at this rally will be powered by a Toyota Mirai, the company’s first hydrogen-powered production vehicle.

Next week’s Ypres Rally will have 20 stages, and championship leader Kalle Rovanpera will enter with a 94-point advantage over Ott Tanak, who just won in Finland.