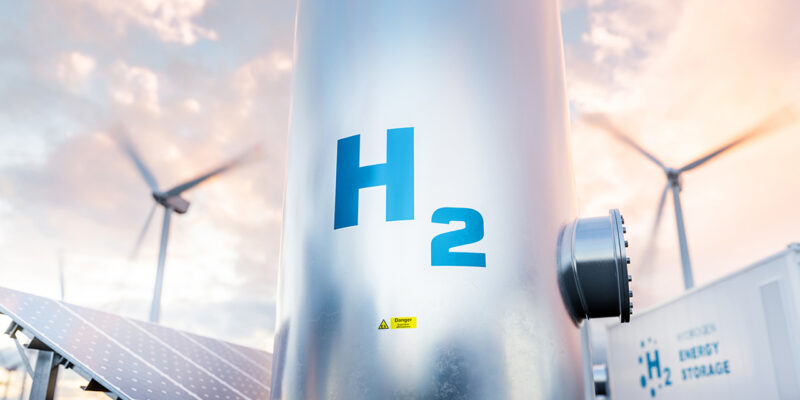 Kawasaki Heavy Industries acknowledges the prospect of creating a port terminal for liquid hydrogen (LH2), which also includes liquefied natural gas, while Japan keeps an eye on the Sines complex (LNG). Filipe Costa, executive chairman of the Board of Directors of AICEP Global Parques, provided CNN Portugal with the information. The CEO of the firm spent the previous week in Japan, meeting with people to improve bilateral cooperation and seek investment in Portugal’s energy and digital transformation sectors.

The possibility of using Kawasaki Heavy Industries’ new turbine in Portugal to generate power through the combustion of hydrogen and/or natural gas, which only functions with one or the other, or with any combination of the two, was discussed during our chat (H2 and GN).

According to Filipe Costa, “Japan can assist Portugal in becoming a pioneer in the transit of liquefied hydrogen in Europe, as well as the first to create a hub of renewable gases. Portugal, on the other hand, attracts attention as an example of the creation of green hydrogen that is commercially feasible, which Japan is interested in, the official continues.

Filipe Costa attended the international conference Japan Energy Summit in Tokyo on behalf of the Sines Logistics and Industrial Zone, where he represented Portuguese infrastructure in a panel discussion titled “The European Model: Hydrogen as a Key to the Energy Transition.” The chance to discuss a case that has piqued Japan’s interest was presented: “the integration we have made in the Sines Hydrogen Valley, where we combine an essentially energetic seaport and pre-existing assets like the thermoelectric plant; with the energy, refining, and chemical industry experiencing an accelerated energy transition; with diversified sources of water and renewable electricity, in price and proximity, for the production of green hydrogen.”

The goal of this operation, according to Filipe Costa, was to “attract additional investments in “energy logistics” and “green industry” to Sines. The dual energy and digital transition, for instance, is at risk because “the ‘digital’ we are talking about is ‘digital economy’ and not ‘e-gov’ and materializes in large telecommunication infrastructures – Cable Mooring Stations for Data Centers – that “require” to be provided with the added capacity of energy from renewable sources.”

The transition to renewable power by 2030, with lower prices and increased economic competitiveness, is of “huge interest” to Asia in general and Japan in particular, according to Filipe Costa. Portugal’s dynamics are much above the European energy transition objectives (RePowerEU). The article also mentions another factor that is of interest: “Portugal is winning large “green” industrial projects (decarbonized, electrified), whose location selection for installation is now carried out by the partner that will supply electricity and not by the industrial project promoters themselves.”

Asian investors are interested in the Sines complex, and there has been significant discussion about the likelihood that state-affiliated Chinese enterprises may assume control of the port infrastructure and operations for the passage of containerized freight in Sines. There was no Chinese interest in the offer for the second container terminal at Sines, which was stopped by the epidemic and should be renewed shortly, despite significant speculation around China’s huge international investment plan (Belt and Road Initiative).

The Sines Container Terminal has been granted a concession to “PSA Sines,” a joint venture between the Singaporean port operator “PSA International” and “TIL” of the Italian-Swiss shipowner “MSC – Mediterranean Shipping Company,” which is currently expanding its capacity from 2 to 4 million containers annually.

The head of AICEP attended a series of bilateral talks with businesses involved in this sector in Japan on the sidelines of the “Energy Summit on Hydrogen and Natural Gas,” including Tokyo Gas and Kawasaki Heavy Industries.

The significance of Japanese investors is also correlated with the nation’s expertise in liquefied hydrogen terminals and natural gas terminals (TGN) (TLH2). In terms of these technologies and perhaps also its present and future progression towards liquefied hydrogen terminals, Japan, which possesses 36 TGN, is arguably the most competent nation. In reality, the Port of Kobe in Japan is home to the first experimental TLH2 in the world, according to Filipe Costa. In other words, “Japanese technology and investment would surely assist Sines to impose itself as a hub between Europe and the rest of the globe, not just for LNG but also, in the future, for LH2.”