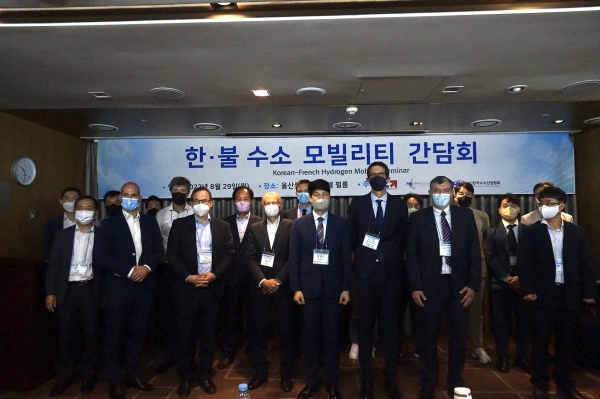 A unique conference between Korea and France was held to discuss the present state of the hydrogen industry in each nation and to encourage cooperative growth of the sector.

In cooperation with the French Embassy in Korea, the Korea Hydrogen Industry Association hosted the “Korea-France Hydrogen Mobility Meeting” on April 26 in the Pearl Room of the Ulsan Lotte City Hotel.

The purpose of the event was to discuss how the hydrogen industry may be improved while also sharing the present state of the sectors in France and Korea.

“Ulsan is a city with a very well-equipped hydrogen industry production and infrastructure, and it is also leading the globe in the field of hydrogen use,” said Jung Byung-Gyu, chairman of Ulsan Free Economic Zone Authority, in a speech of welcome. We look forward to working closely with the participants to help Ulsan and France develop to become global leaders in hydrogen technology and energy hubs.

Several activities, including the Ulsan International Hydrogen Energy Forum, will be organized in November in conjunction with embassies and international businesses in each nation in light of this occasion.

Europe falling behind US in green hydrogen race

Hydrogen-powered towboat will be operated by ACBL