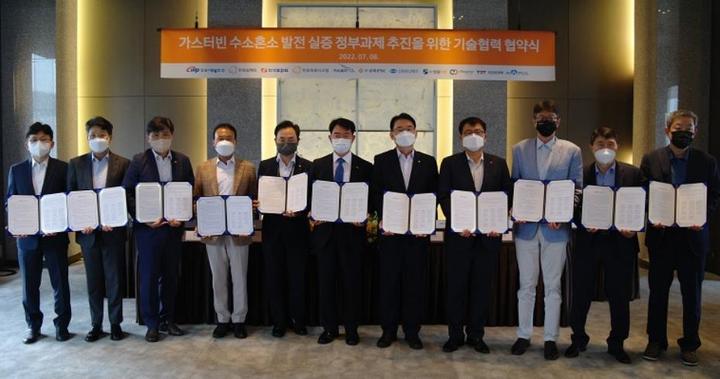 The current power infrastructure may be utilized without modification, lowering investment costs, while some of the existing gas turbines are turned into eco-friendly energy sources.

These businesses support the manufacturing of key components for gas turbines that burn hydrogen in addition to air, as well as the localization of tools and supplies.

Following that, the hydrogen co-firing technology will be developed and used in active power plants.

“The contracted firms will lead the worldwide market with independent technology by building a virtuous cycle success model of new technology development, technological demonstration, and commercialization,” a representative of Korea Western Power stated.

NewHydrogen continues its efforts to reduce price of green hydrogen