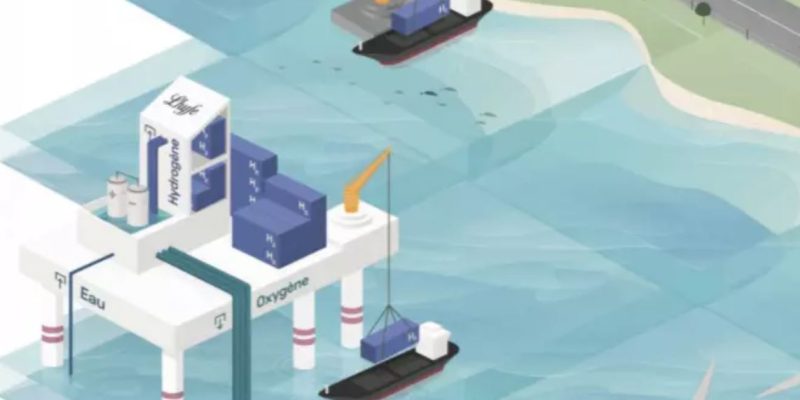 Lhyfe has opened its first production plant at Bouin (Vendée), which is thought to be the first in the world to produce sustainable green hydrogen on a large scale using wind power. Around 60 projects have been confirmed by the corporation across Europe.

Lhyfe raised €50 million in a Series A fundraising round to assist the expansion, with SWEN Capital Partners and Banque des Territoires joining its initial backers. The money will be used to promote Lhyfe’s growth in France and internationally, as well as to enhance its staff and fund R&D and new initiatives.

Lhyfe has achieved a key technological milestone by creating the world’s first renewable green hydrogen in industrial quantities (up to a tonne per day) using an electrolyser powered directly by wind turbines.

The facility now generates 300 kilograms per day, but in the next months, it will increase to a tonne per day.

Lhyfe’s hydrogen will power four refueling stations in western France, including one in La Roche-sur-Yon that will open in the coming days. Under the VHyGO project, some 50 heavy trucks, buses, and garbage collectors will be fueled by renewable green hydrogen in the Loire-Atlantique, Sarthe, and Vendée at first, later in additional French departments.

Lhyfe’s CEO and creator, Matthieu Guesné, said: “We are really happy to be unveiling this site, which is emblematic of course for us, but also for what it means for energy transition, a year after laying the foundation stone. We owe a debt of appreciation to our five founding partners, who have made this “crazy” idea to transform our energy model a reality. Now that we’ve completed the first stage, we’re ready to accelerate.”

McDermott has joined AquaVentus, a North Sea partnership of more than 70 companies, organizations, and research institutes working together to produce green hydrogen energy.

AquaVentus brings together international industry experts who share a vision for developing hydrogen’s position as a low-carbon, cost-effective energy option, bringing together their diverse skills to make that vision a reality.

“McDermott brings to this vibrant group of visionaries a long history of thinking creatively about energy distribution – and unparalleled expertise in offshore infrastructure,” said Samik Mukherjee, Executive Vice President and Chief Operating Officer. “As we work together to make offshore production of green hydrogen a reality, this is a key piece of the jigsaw.”

By 2035, AquaVentus hopes to generate 10GW of green hydrogen generating capacity from offshore wind turbines in the North Sea.