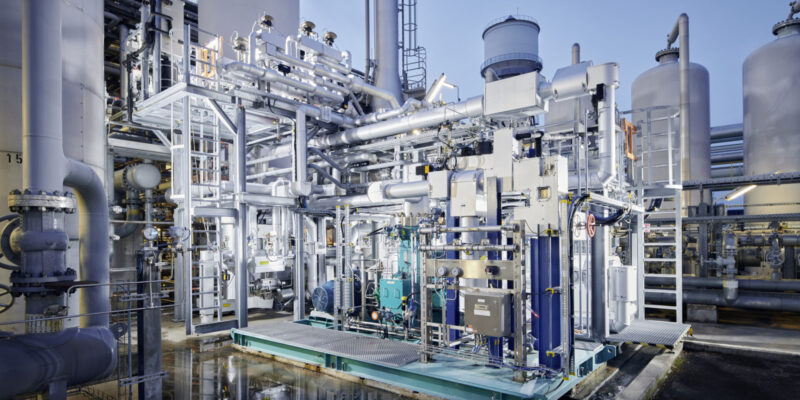 Hydrogen separation from natural gas streams can be demonstrated using Linde’s HISELECT powered by Evonik membrane technology at the world’s first full-scale pilot plant, which was officially opened in Dormagen by Linde Engineering.

Hydrogen-natural gas blends and pipeline transportation are made possible by this procedure. Between 5% and 60% hydrogen can be found in the blended gas. At the point of consumption, hydrogen is extracted from these natural gas streams using membranes. The resulting hydrogen is up to 90% concentrated. Up to 99.9999 percent purity can be achieved with Linde Engineering’s pressure swing adsorption technology (PSA).

Efforts to build hydrogen infrastructure around the world rely heavily on membrane technologies. The European Hydrogen Backbone is being built by 11 transmission system operators across Europe. A functional hydrogen network is their goal, which they hope to achieve through the reuse of existing natural gas infrastructure. Hydrogen can be used as an industrial feedstock, a heat and power source, or a transportation fuel with the help of membrane technology like HISELECT.

“The HISELECT demonstration in Dormagen allows us to display essential technology for transporting hydrogen via natural gas pipelines in a real-life setting. It shows a way to leverage existing infrastructure. In doing so we avoid the high costs and the long process that would be involved in building a dedicated hydrogen pipeline infrastructure,” says John van der Velden, Senior Vice President Global Sales & Technology, Linde Engineering.

From source to service, Linde is involved in the hydrogen supply chain. With Linde’s support, whether customers are looking for zero-emissions hydrogen for transportation or a source of heat and power for their buildings, they can rest assured that their project will be a success.