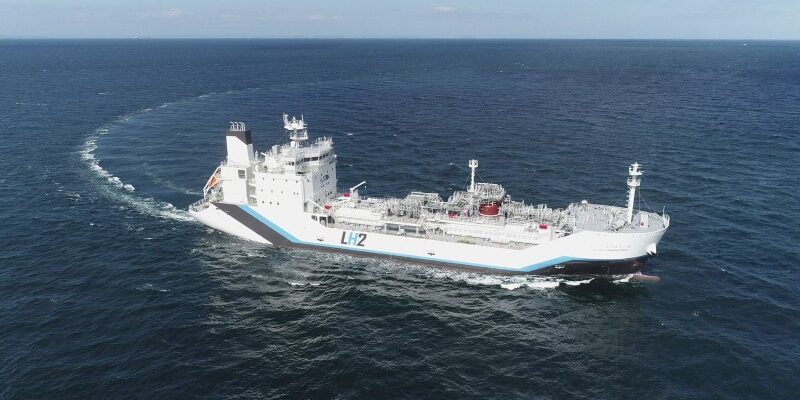 Green hydrogen has a number of benefits over fossil fuels, including the ability to be created anywhere using renewable energy and an electrolyzer. Some areas, however, have better solar and wind resources, allowing them to produce more clean energy at a cheaper cost.

As a result, a significant clean hydrogen trade is expected to emerge in the next years. By 2050, the International Renewable Energy Agency (IRENA) predicts that more than 30% of hydrogen would be exchanged across borders, far more than natural gas.

However, the technology to facilitate that commerce is still being developed, with liquefied hydrogen, methanol, compressed hydrogen, and liquid organic hydrogen carriers all vying for first place (LOHCs).

Liquid hydrogen is the cheapest way to carry the fuel, according to a new study by energy firm Wood Mackenzie. Wood Mackenzie only looked at liquid hydrogen, ammonia, and methanol because there were no announced projects employing LOHC technology.

Liquid hydrogen not only saves money on transportation, but it also generates the cleanest fuel when converted to gas, which is needed for fuel cells and other uses, according to Wood Mackenzie Senior Research Analyst Flor de la Cruz at the company’s hydrogen conference. The cost of the containers, however, is more than three times that of ammonia.

Conversion to ammonia is the most prevalent current technique for delivering hydrogen today, according to Wood Mackenzie, and is the second-cheapest alternative. When compared to liquid hydrogen, advantages include existing infrastructure and relatively inexpensive investment expenditures.

However, the costs of conversion are significant, and there are obstacles to overcome before it can create hydrogen clean enough for PEM fuel cells.

Methanol benefits from existing infrastructure and transportation prices are comparable to ammonia, but reconversion necessitates carbon capture and storage, which raises total costs.

Thank you for keeping up with Hydrogen Central. Organic substances that can absorb and release hydrogen are used in LOHC. Using toluene-based LOHC technology, Japan established the world’s first international hydrogen supply network between Brunei and Kawasaki City in 2020.

Hyundai Motor has invested in the development of LOHC systems for both stationary and onboard use. Vopak and Hydrogenious, a Dutch technological firm, are exploring employing LOHCs to carry hydrogen from Germany to Rotterdam.

While liquid hydrogen may be the technical leader in terms of shipping, there is still more work to be done. At the moment, the Suiso Frontier is the only liquid hydrogen carrier in the world, and it has only made one round voyage between Japan and Australia.

According to Wood Mackenzie, liquefaction is the most cost-effective method of transporting hydrogen.

Shell and DEME searching for a Hydrogen business development managers