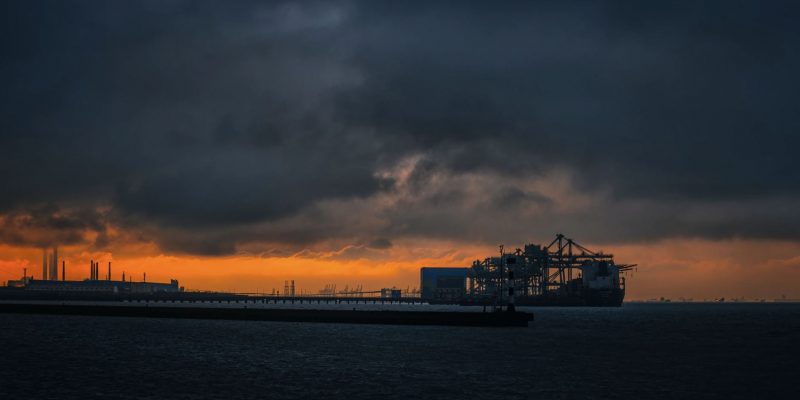 Even with climate-neutral hydrogen, the terminal proposed in Hamburg-Brunsbüttel for the import of liquefied natural gas (LNG) has strong chances of becoming a key player in the long run.

It has the potential to become a hub for hydrogen import and distribution. The Institute for Environmental Technology and Energy Economics at the Technical University of Hamburg produced this expert report. The Handelsblatt has a summary accessible.

An LNG terminal, such as the one planned for Brunsbüttel, might be used “multifunctionally” in the future, according to the paper. It is conceivable to land liquid methane, liquid hydrogen, or liquid ammonia. “From a technological standpoint, this is essentially achievable and should also be pursued,” said Martin Kaltschmitt, the study’s primary author. In comparison to a traditional LNG terminal, however, significant technological changes are required for the various energy sources.

Brunsbüttel’s planned terminal is politically significant. The construction is backed by the federal government. She told the United States that Germany would construct its own LNG infrastructure. In Germany, there is currently no such terminal.

By completing the Nord Stream 2 gas pipeline, the Americans are ostensibly criticizing Germany for being overly reliant on Russian supplies. In order to guarantee access to other sources of supply, Germany must create its own infrastructure. In fact, the United States government is interested in supplying LNG to Germany.

The federal government caved to US pressure by establishing a favorable regulatory environment for LNG projects, which included the addition of an LNG terminal’s connecting lines to the gas transmission network to the public gas network infrastructure. The benefit is that the investors do not have to pay for the connection line. Instead, the costs are passed on to all gas network customers via network charges. An LNG terminal’s competitiveness improves as a result of this.

The Brunsbüttel initiative, on the other hand, has its detractors. Climate groups argue that the project will permanently cement fossil fuel infrastructure. Protests and legal action against the terminal’s construction were declared by the German Environmental Aid Association (DUH) in July.

German LNG Terminal GmbH, the project company, aims to refute the climate activists’ concerns. She mentions the idea of turning the terminal into a hydrogen hub to this purpose. The Handelsblatt quotes Philipp Kroepels, the company’s commercial director, as saying, “Our business model should extend as long into the future as possible.”

“Even the basic design of the plant is structured in such a way that we have all possibilities available to us,” he added, citing the size of the site and the hydrogen-compatible pipeline connection, as well as storage options and capacities.

From the day the terminal is inaugurated, biogenic or synthetic – and thus climate-neutral – methane can likewise be handled. According to Kroepels, the path to climate neutrality might also lead to green hydrogen.

German LNG Terminal GmbH is backed by the Dutch businesses Gasunie and Vopak, as well as the Hamburg firm Marquard & Bahls. This company is involved in energy supply, trading, and logistics.

In June, German LNG Terminal GmbH submitted an application for plan approval for their project. Among three similar programs in Germany, this one is seen to be the most promising. Wilhelmshaven and Stade are the locations of the other two projects.

Hydrogen hubs to be built in Basel’s Rhine ports