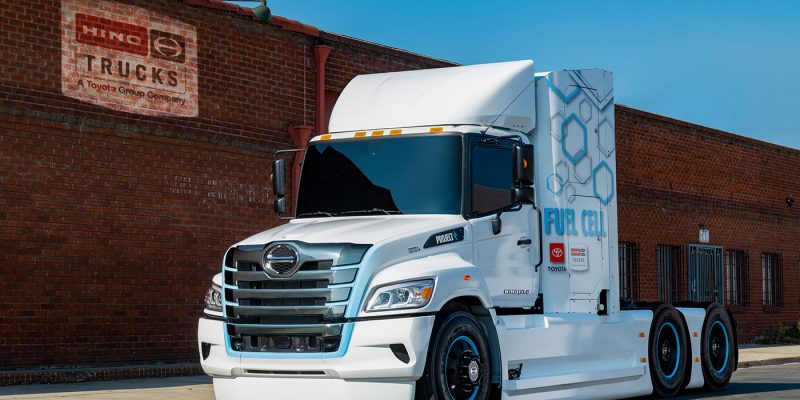 In recent years, there has been a tremendous drive to make highways greener, and now Los Alamos National Lab has big ambitions for those big rigs.

According to recent research, diesel-powered trucks emit more than 200 tons of CO2 into the atmosphere each year. That’s why the Los Alamos National Laboratory is embarking on a new project to replace diesel trucks with hydrogen-powered trucks.

“You have to tackle both light-duty and heavy-duty cars as you try to remove all of the carbon out of transportation infrastructure,” said Rob Borup, a researcher at Los Alamos National Lab.”

By definition, hydrogen-powered vehicles are electric, yet there is no battery inside. Instead, they create energy by combining hydrogen gas and oxygen in a fuel cell.

“Because the process is hydrogen plus oxygen, which produces H2O, your only emissions are water. So it’s a zero-emission vehicle,” Borup explained.

There is a catch, according to Borup.

“Hydrogen has to come from somewhere, and it currently comes from natural gas,” he explained. “However, today’s fuel cells are much more efficient than burning inside an internal combustion engine, so simply switching to a fuel cell and hydrogen from natural gas can result in a 40-50 percent CO2 reduction,” he added.

In 2019, just approximately 6,500 hydrogen-powered cars and zero trucks were on the road, according to Argonne National Laboratory.

According to experts, the technology is in place, but the infrastructure needs to catch up.

That is why researchers are concentrating their efforts on vehicles.

“Because heavy-duty trucks typically travel a shorter distance, “you may have a more limited hydrogen-refilling infrastructure to bring heavy-duty vehicles on board,” Borup explained.

Researchers believe hydrogen-powered vehicles will be on the road in as short as five years, but time is running out.

“So you really need to decarbonize the infrastructure today to avoid the worst effects of climate change,” Borup added.

Los Alamos isn’t the only organization aiming to increase the number of hydrogen vehicles on the road; Hyundai stated this week that it plans to create hydrogen fuel cell versions of all of its commercial vehicles within the next seven years.