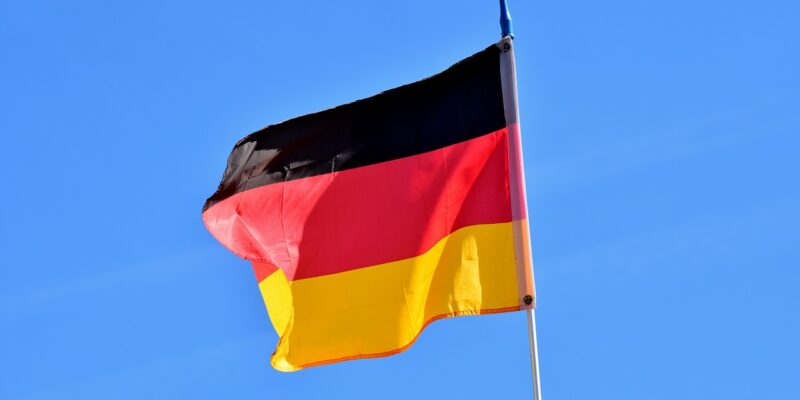 Havelland is putting a lot of effort into Hydrogen

The Havelland district engages in a number of programs aimed at renewable energy sources. Roger Lewandowski, the district administrator, notices the circle while traveling to the hydrogen region. As a result, he is gaining more and more network partners.

An essential part of the energy shift is hydrogen generation. because they have the ability to store renewable energy and use it as needed in a wide range of sectors.

A hydrogen value chain is being cooperatively built-in Havelland by a number of partners. At a meeting in Premnitz, district administrator Roger Lewandowski brought this up. Because certain businesses and the city of Premnitz are crucial project partners when it comes to hydrogen.

There are still a lot of unanswered issues in this situation. because setting up a few filling stations for automobiles running on hydrogen is just a baby step.

The money used by the Federal Ministry of Transport to support areas where hydrogen is a problem and where issues surrounding its usage are being investigated is helpful in this regard. Havelland is now one of Germany’s 15 “HyExpert” areas following a selection procedure.

A concept for the growth of a local hydrogen economy is to be created using the 400,000 euros allocated for this. For this phase, the network partners are a crucial contact. Eon Energy for Waste GmbH and Jacobi Carbons Service GmbH was recently welcomed as network partners, as Premnitz’s mayor, Ralf Tebling, has now revealed.

The subject will be discussed by the district council on Monday. The service provider who will carry out a feasibility study for the county as a HyLand region must be identified by local legislators. Tebling claims that the value chain’s display is the main point of emphasis.

A year is given to the service provider to deliver its results. Because various hydrogen projects are already in the works, the Havelland has been chosen as a hydrogen zone. Take the Nauener Platte’s hydrogen production as an example.

The windmills produce extra electricity. Hydrogen might be created from this. Additionally, Premnitz is already working on developing a novel plasma gasification technique to make hydrogen.

This initiative is being led by the organization “Neue Energien Premnitz.” She intends to construct a brand-new kind of hydrogen production facility in the industrial park. Green refers to the use of renewable energy in industry.

This states that Premnitz will create 7,500 tons of hydrogen annually in the future. “Neue Energien Premnitz” is also the creation of Richter Recycling GmbH. It is a sibling business that is constructing a recycling facility in the business park.

There, commercial garbage is separated. Anything that cannot be recycled can be cut into smaller pieces before being burned. Along with derelict boats, disassembled wind turbines, and toxic things like medical waste are included in this.

This will require the incineration of 44,000 tons of garbage in order to produce electricity. At reasonably high temperatures above 2,400 degrees Celsius, this ought to occur.

The district administration is convinced, nevertheless, that hydrogen has a lot to offer. There is a significant need to provide local public transportation, the robust logistics sector, and other kinds of mobility with ecologically friendly hydrogen because the district is so near to the Berlin metropolitan area.

This mostly pertains to big vehicle types, for which electrification is only marginally appropriate. Roger Lewandowski, the district administrator, is thus also investigating how much the administration’s fleet of vehicles and the district-owned businesses (such Havelbus or the Havelländische waste management firm) can be included in the implementation of a hydrogen idea.

The subject is intimately tied to the Havelland district’s idea of climate protection. By 2030, CO2 emissions in the district must be cut by 25%.

A particularly difficult task given that the Havelland region seeks to establish itself as a key logistics hub.

The RMV fuel cell train project’s infrastructure is nearly finished. In the most recent months, the first of four gasoline pumps were placed and new rail systems were constructed in the Industriepark Höchst’s northern section.

Six compressor devices will compress the hydrogen to 500 bar inside a recently constructed structure. Additionally, Infraserv Höchst is constructing an electrolyzer to create hydrogen. The initial route and refueling tests will be conducted throughout the summer, according to RMV. Staff training using the hydrogen trains will begin after the summer break. The 27 iLint 54 is utilized on the RB 12, RB 15, RB 11, RB 16 Bad Homburg – Friedberg, as well as four lines from Frankfurt to Königstein, Brandoberndorf, and Bad Soden. Regionalverkehre Start Deutschland GmbH, a DB subsidiary, will operate as of December.

Rehlinger calls for talks with France about pipelines

Anke Rehlinger, the prime minister of Saarland and a member of the SPD, supports having quick political negotiations with France concerning potential hydrogen pipelines in southern Europe. At the hydrogen conference of the Greater Region on Wednesday in Saarbrücken, Rehlinger emphasized the need for “an understanding across the border that we want it too.” Only “green hydrogen” will enable the Saarland steel industry to maintain its competitiveness. But to do so, you’ll need links to Europe’s windier and sunnier areas.

Rehlinger remarked, “Perhaps we need an open dialogue with our French friends about how much France actually wants a transit network. You must omit the crucial query of whether you prefer nuclear power or other sources of energy. She said that if the EU wants to industrialize while simultaneously protecting the environment, it must “also make sure that the industrialization policy does not get stuck over time.”

According to Claude Turmes, minister of energy for Luxembourg, the area has the potential to become a hub for significant hydrogen infrastructure. However, it is not possible to create hydrogen as inexpensively as in Spain and Portugal. The issue is whether France’s nuclear lobby will permit gas pipeline conversion. He wants to battle to make sure that the nuclear lobby cannot stop such a pipeline from Portugal and Spain. The “new world of green hydrogen trade” is another area in which Luxembourg will attempt to develop the Luxembourg financial center.

The congress on Wednesday was a part of a “Week of Hydrogen South” (June 25 to July 3) that included Saarland and other locations and featured a variety of activities showcasing the possibilities of hydrogen as an energy source. For the action-packed week, Bavaria, Hesse, Baden-Württemberg, and Rhineland-Palatinate are also participating.

Freudenberg Sealing Technologies is utilizing its knowledge in fuel cell sealing to create better seals for electrolyzers in light of the promising future for green hydrogen production. The firm now provides its clients with dependable, simple-to-assemble plate modules to maximize sealing performance in challenging electrolyzer settings thanks to the incorporation of its sealing materials into electrolyzer stack plates.

The four-stage technique involves over-molding elastomeric seals, which are produced by Freudenberg’s sealing specialists, onto composite and metal electrolyzer stack plates. The cells of a stack assembly are separated using these plates. Gaskets that keep gas from escaping into other areas of the electrolyzer are an essential component of the plates. To fulfill the high performance and electrochemistry needs of various electrolyzers, the business employs a variety of patented rubber-based sealing materials, such as EPDM and FKM. Freudenberg has created material-specific binders that are used between the gasket and panel materials to improve the sealing performance.

Demand for electrolyzers is high

According to Robert Lidster, Technical Director, Gaskets Division at Freudenberg Sealing Technologies, “as processing industries make advancements in mass production of green hydrogen, our ambitious objective is to satisfy the need for high-performance electrolyzer gaskets until 2023 and beyond.” “For years, we have been sealing fuel cell systems with success. These cannot function in high-density electrolyzers’ harsh pressure and temperature environments. But over a very long lifespan, humans have thoroughly learned what is needed to seal these hostile conditions. This expertise benefits our electrolyzer customers.

Today, fossil fuels are used to create the majority of hydrogen. The only practical method for creating green hydrogen is electrolysis, which involves using electricity to utilize an electrolysis machine to divide water molecules into oxygen and hydrogen gas ions. The hydrogen ions may also be mixed with oxygen to create oxyhydrogen, which is used for industrial welding among other things or utilized as hydrogen fuel.

According to Artur Mähne, global segment leader for hydrogen technologies at Freudenberg Sealing Technologies, the amount of green hydrogen produced by electrolysis will increase in the upcoming years due to the industry’s aggressive emissions targets, with the great transformation starting in 2025 and then accelerating. The manufacturing of electrolyzers, the essential component of green hydrogen generation, is now being undertaken by several businesses. In addition to already existing businesses, a lot of new ones are emerging.

Around 1 gigawatt of power is now supplied by green hydrogen on a global scale. The International Renewable Energy Agency (IRENA) predicts that hydrogen will account for up to 12% of global energy consumption by 2050, driven by the urgency of climate change and the promises of many nations to climate neutrality. The path there is also made by environmental rules and investments in the creation of green hydrogen, in addition to the emission objectives.

Electrolyzers are technically difficult, despite their promise of producing clean energy. For instance, the requirement to decrease system complexity and size while increasing the power density of the stacks. Freudenberg’s specially created sealing solutions are useful here.

Expertise that makes the difference

The business has been a pioneer in the creation of materials and techniques that enable clean, dependable, and alternative powertrains for more than 25 years. Excellent material testing and analysis facilities may be found in Freudenberg. They are able to create and test material formulations that are specifically suited to the demands of customer applications. The seal manufacturer’s ability to quickly modify its production processes and adapt them to the requirements of new markets and products is made possible by its sustained commitment to lean manufacturing and continuous improvement.

For polymer electrolyte membrane (PEM), anion exchange membrane (AEM), and alkaline electrolyzers, Freudenberg researchers are actively developing seal-integrated electrolyzer plates (AEL). The departments closely collaborate with customers to adjust seal materials and binders for optimum performance in various electrolyzer systems due to the various electrolyte materials used in the systems (PEM systems use a solid electrolyte membrane made of perfluorosulfonic acid polymer (PFSA) and AEL systems use a liquid electrolyte solution such as potassium hydroxide or sodium hydroxide and water). In addition to performance measures like pressure and temperature, engineers typically take corrosion resistance, stability, and permeability, and material degradation is adjusted for the various electrolyzer conditions. The seal maker can now evaluate the materials’ performance and compatibility with the hydrogen atmosphere in these smaller systems because of their experience with fuel cells.

Freudenberg is researching solutions like rubber-coated metal components for electrolyzers and alternative energy systems as well as other cutting-edge sealing technologies connected to environmentally friendly energy generation and mobility.

“Green hydrogen will be crucial in bringing down industrial pollution. With our knowledge in materials and cutting-edge manufacturing, we work with the electrochemical surroundings of our clients’ electrolyzers to help them increase the reliability and effectiveness of these systems. “We simplify this procedure for our electrolyzer clients with our goods as the demand from them grows.”