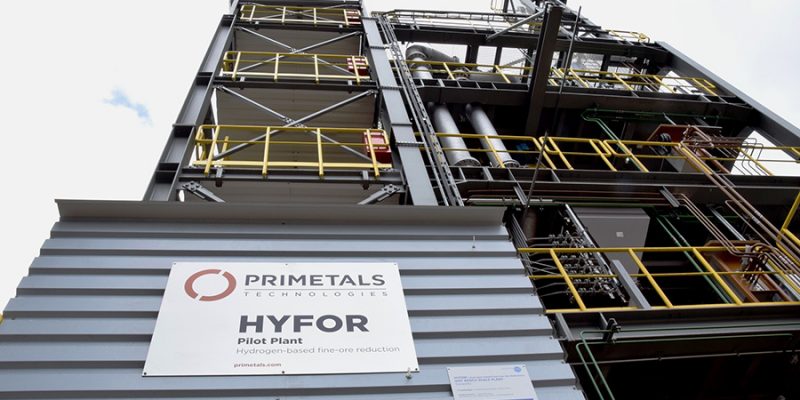 The Centre, a non-profit organization with significant government funding, aims to develop technologies to decarbonize Australia’s heavy industrial sector, take advantage of the country’s natural endowments in mineral and clean energy resources, and expand export markets for certified low-carbon products. Primetals Technologies and MHI Australia will contribute financially and with their decades of experience in iron and steel manufacturing to this initiative over the next ten years. The companies will concentrate their efforts on iron ore direct reduction using hydrogen. This includes Primetals Technologies’ new HYFOR (hydrogen-based fine-ore reduction) technology, which is currently being tested in Europe.

Australia is the world’s greatest iron ore exporter and possesses the world’s largest iron ore resources. Because the iron and steel sector accounts for 7–10 percent of global greenhouse gas emissions, Australia has a critical role to play in the industry’s decarbonization, which must be accelerated. The only way for the sector to fully decarbonize is to switch from existing coal and coke-based ironmaking processes to hydrogen-based manufacturing methods. By implementing these technologies at a large scale in Australia, the country might advance up the value chain and become a significant exporter of low-carbon, direct-reduced iron. This would assist Australia in meeting its Paris Agreement responsibilities and make it easier for the global iron and steel sector to achieve net-zero emissions by 2050.

Primetals Technologies brings to the table a diverse range of iron ore beneficiation, pelletizing, sintering, and reduction technologies. It has played a role in the deployment of one-third of the world’s MIDREX DRI reactors, the now-dominant natural gas-based direct-reduction technology that can also run on 100% hydrogen. Primetals Technologies installed a prototype plant for its unique HYFOR (Hydrogen-based Fine Ore Reduction) technology at an Austrian steelmaker’s facility earlier this year. The technique is based on Primetals Technologies’ considerable experience with the FINMET process, which was first deployed in Australia (BHP Port Hedland) in the late 1990s. By the end of the year, a decision will be made on the next stage, which is to create an industrial-scale HYFOR prototype.

MHI Australia is an active player in Australia’s sustainable development efforts, with an emphasis on energy and decarbonization, thanks to MHI Group’s sophisticated technology and strong cooperation with the Australian government and institutions. MHI is collaborating with the New South Wales government to draft a comprehensive development plan for the Western Sydney region. MHI is also assisting H2U with the Front-End Engineering and Design (FEED) research for H2U’s Eyre Peninsula GatewayTM project in South Australia, which is a greenfield development for the production of green hydrogen and ammonia that is expected to begin commercial operations in early 2023. MHI Australia’s collaboration with the HILT-CRC is expected to grow and adapt throughout time, contributing to Australia’s industrial development.

Dr. Alexander Fleischanderl, Technology Officer Upstream and Head of Eco Technologies, Primetals Technologies, said: “Australia has large deposits of iron ore, great potential for green energy, and boasts a dynamic academic and business environment. This puts the country in a unique position in the quest for net-zero by 2050 as a supplier of clean metallics. The HILT-CRC, with its wide range of partners from across the energy, hydrogen, mining, and cement industries, will form a great ecosystem for innovation.”

Shigeru Nakabayashi, Managing Director, MHI Australia, said: “There is an urgent need to decarbonize the industry sector which is currently responsible for a significant portion of carbon emissions. MHI Group’s advanced technologies allows us to partner with Australia – a country where iron ore and iron manufacturing are key industries – in efforts to reduce emissions. We are on track to achieving gas turbines fueled by 100% hydrogen and ammonia by 2025, and we look forward to contributing to HILT-CRC’s aim to decarbonize Australia’s heavy industry sector with our innovative, low-carbon solutions, including Primetals Technologies’ HYFOR technology.”

Use of hydrogen, according to US scientists, “may be worse for the climate”