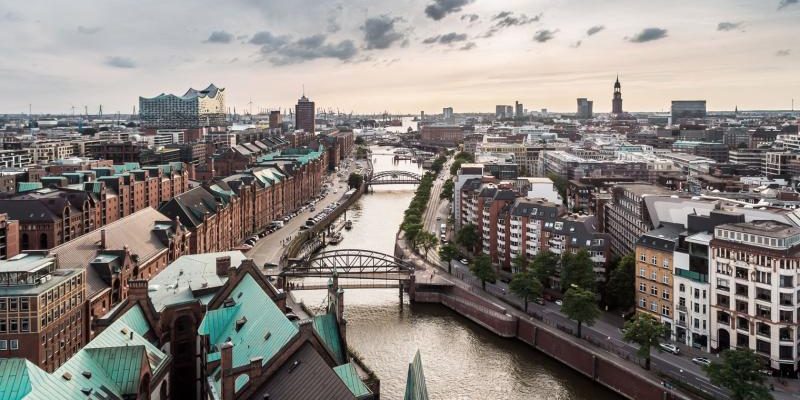 Mitsubishi Heavy Industries (MHI), Shell, Vattenfall and the municipal company Wärme Hamburg have signed a letter of intent to plan how they will jointly generate wind and solar hydrogen at the Vattenfall Moorburg power plant in Hamburg and use hydrogen in its vicinity.

In addition to the installation of a scalable electrolyser with an initial capacity of 100 megawatts, further development of the site into a ‘Green Energy Hub’ is expected. This involves investigating the degree to which the current Moorburg site facilities can be used to produce electricity from renewable sources. Concepts for the required logistic chains and storage solutions for hydrogen would also be considered in this sense.

Subject to potential investment decisions and according to the current planning stage, the development of green hydrogen is planned to take place in the course of 2025 after the site has been cleared.

This would make the electrolyser one of the largest plants in Europe.

“The production of fossil free hydrogen is one key to the decarbonisation of the industry and the transport sectors. Vattenfall wants to enable fossil free living within one generation and we have high ambitions to grow within renewable energy production in the markets where we operate. In this project we can contribute with our expertise and experience and the unique Moorburg site that has the infrastructure that is necessary for large scale production of hydrogen. We are therefore pleased that we can support the city and the industrial location of Hamburg in implementing their ambitious climate goals.”

The four companies can also count on the assistance of the City of Hamburg Government in their attempts to form a consortium. In their coalition agreement, the ruling parties agreed to study and endorse the viability of the sector coupling and the development of hydrogen production in the city-state.

“For Hamburg as a city that embraces the energy transition, this agreement is a vital step. At the Moorburg site, we will be producing green hydrogen on a large scale in collaboration with experienced partners from industry, while at the same time establishing a Green Energy hub for climate-friendly energy. This is a bold venture that now needs to be filled with life. This project will be a major lever for reaching our climate goals.

“The gas pipeline networks in the port and around Moorburg are now being expanded to accommodate hydrogen and to facilitate supplies to industry and large businesses. Our hydrogen future is now taking shape, and Hamburg intends to be at the forefront here. The Hamburg Senate supports these efforts, and Hamburg’s public companies play a decisive role in this.”

Jens Kerstan, chairman of the supervisory boards of Wärme Hamburg and Gasnetz Hamburg as well as the Free and Hanseatic City of Hamburg’s Minister for the Environment and Energy.

“I always believed in the project at the Moorburg site. There is no better location in Hamburg for a scalable electrolyser of this size. Via the 380 kV connection and the connection to Brunsbüttel, we have direct access to the supply of green electricity from wind power – and thus the possibility of actually producing green hydrogen in relevant quantities. With this announcement, a big step will be taken towards a long-term decarbonisation of the port and a competitive hydrogen economy in the metropolitan region of Hamburg and I congratulate the partners on this forward-looking project.”

Michael Westhagemann, minister for economy and Innovation of the Free and Hanseatic City of Hamburg.

The partners plan to apply for funding under the EU program ‘Important projects of common European interest’ (IPCEI). This is planned to take place in the first quarter of 2021 with the submission of the first outline of the project. The four partner firms deem the energy location to have the optimal conditions for future use.

The municipal gas network corporation also plans to extend the hydrogen network in the port within 10 years and is already working on the necessary delivery facilities. Numerous future green hydrogen consumers are situated near the site, allowing the project to encompass the entire hydrogen supply chain-from generation to storage, transport and consumption in different industries.

Under these terms, the Moorburg site is suitable for the German Federal State of the Free and Hanseatic City of Hamburg and Northern Germany and can become a possible starting point for the growth of the hydrogen economy.