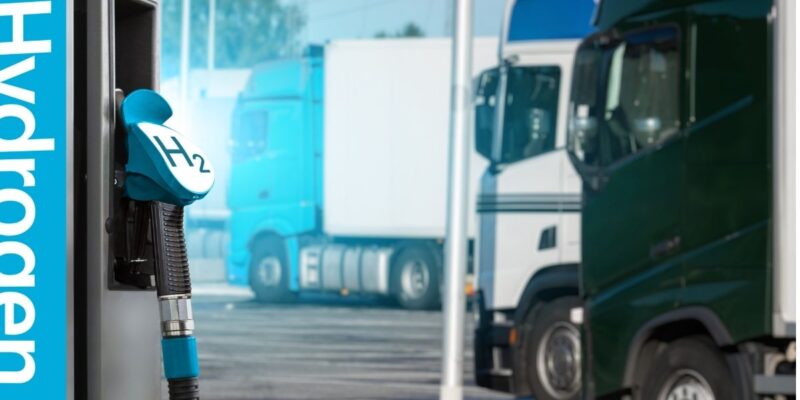 In July, federal researchers plan to establish a significant benchmark for the 10-minute refueling of heavy-duty fuel-cell hydrogen trucks, clearing the way for prototype hardware and protocols for fueling stations.

Shaun Onorato, project lead for the National Renewable Energy Laboratory’s (NREL) hydrogen infrastructure initiative for heavy trucks, described to Transport Topics the significant efforts being taken by the U.S. Department of Energy to make this cutting-edge technology a reality.

Onorato stated, “It’s incredibly fascinating to be a part of how this industry may be shaped and to see the first sets of all these brand-new components and protocols.” “I liken it to the time when people were attempting to figure out how to fuel automobiles and with what proportions and components. It’s so cool to be on this side of things where everything is brand-new land.”

He has been utilizing NREL’s heavy-duty hydrogen fueling station, the first of its kind in the world, which was designed to be highly flexible to facilitate a wider range of research tests.

“At present, nothing exists in this universe for this form of propulsion. NASA does tasks such as extremely high mass transfer rates of liquid hydrogen, but this is uncharted ground for the fuel-cell electric truck business,” he remarked, adding that hydrogen-fueled vehicles now in operation are light-duty and employ this type of refueling equipment.

“Some manufacturers fuel their trucks with one or two nozzles. Everything is now light-duty based. This work will permit the development of an entirely new set of components and protocols,” stated Onorato.

He stated that light-duty fuel-cell vehicles had a 5-minute fueling pace for filling 4 to 6 kilograms (8.8 to 13.2 pounds) of onboard hydrogen storage at around 1 kilogram per minute.

On the other hand, based on current diesel fueling rates for Class A vehicles and a DOE objective, heavy-duty trucks must achieve a higher standard.

Onorato noted, “We’re taking a significant step forward by deciding to refuel at a rate ten times faster to satisfy this 10-minute metric of 100 kilograms of onboard storage.” “This intermediate milestone was accomplished in April, and we are currently working on the final milestone so that we can attempt a 60- to 80-kilogram fill in early July.”

At this 10-minute rate, Class A fuel-cell trucks would have sufficient hydrogen fuel for a range of 700 to 1,000 miles.

Recently, he participated in an NREL packaging research to determine where hydrogen fuel storage tanks could be installed in existing heavy-duty vehicle models to achieve required driving ranges.

“The capacity of the tanks is substantial, but if you remove a big portion of the legacy from a heavy-duty truck, you have a great deal more space to store anything. You don’t have your diesel tanks. “You’re replacing the huge engine with a fuel cell stack,” he added.

“Once we have demonstrated that this is viable, we will study the protocols and hardware for refueling vehicles at these rates. This contains nozzles, hoses, breakaways, dispensers, flow-control valves, and a substantial quantity of gear, as predicted by Onorato.

He stated that truck manufacturers are active in various phases of hydrogen-powered light-duty truck demonstrations, whereas NREL has a number of DOE-sponsored programs, some of which involve partnerships with vehicle manufacturers and foreign heavy-duty fuel-cell truck stakeholders.

“The trucking sector is quite enthusiastic about this project. There is a great deal of interest. Many of these firms are intimately involved in the development of protocols and hardware, he explained. “Trucking businesses are mainly interested in these vehicles due to their extremely low maintenance requirements. Many problematic components, including as transmissions and engines, are replaced with extremely low-maintenance, dependable electric motors and control electronics.”

In describing other benefits of fuel-cell heavy-duty trucks, Onorato stated that electric vehicles have instantaneous torque and are unaffected by altitude.

“The thin atmosphere in certain high mountain passes, such as those in Colorado, causes the vehicles to become extremely bogged down when traversing them,” he stated. “Battery-electric and fuel cell-electric vehicles would not have any difficulty with this. Electric engines could readily propel these vehicles up those high inclines. Therefore, this is a factor to consider for trucking.”