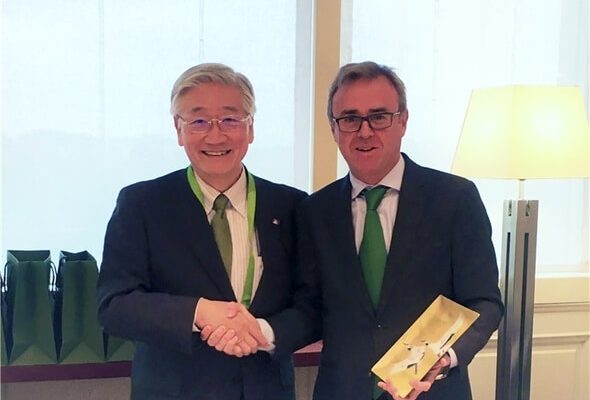 Iberdrola and Mitsubishi Power have agreed to work together to develop competitive, sustainable, and safe energy solutions based on renewable energy that will help to decarbonize industrial output in various parts of the world.

The partnership will build green hydrogen production facilities, battery storage systems, and electrified heat generating facilities, with the goal of supporting carbon-neutral industry in the short and medium term.

This collaboration agreement was signed by Ken Kawai, President and CEO of Mitsubishi Power, and Aitor Moso, Director of Liberalized Business at Iberdrola, to form teams of specialists from both businesses to investigate prospects for large-scale carbon-free renewable energy generation and storage projects for industry, one of the most difficult sectors to decarbonize.

“Iberdrola and Mitsubishi Power have been partnering in boosting decarbonization in the power generating industry by providing high efficiency GTCC projects,” said Ken Kawai, President and CEO of Mitsubishi Power. We will collaboratively build and install the necessary hydrogen infrastructure, battery energy storage systems, and electrified heat generation systems to decarbonize the electricity and industrial sectors by using our collaborative experience in GTCC projects. This cooperative collaboration with Iberdrola advances our aim of developing new power and storage solutions to achieve a carbon-neutral future for people and the planet.”

Iberdrola’s director of Liberalized Business, Aitor Moso, noted that “The agreement is a significant step forward in our strategy of forging partnerships with key actors in the industrial sector, which is one of the most challenging to decarbonize, allowing us to accelerate efficient electrification in the near and medium term. With the introduction of renewable solutions in industrial production processes such as heat electrification, battery storage, and green hydrogen, we are putting our talents to work for an urgent and common goal: to construct a more sustainable and emissions-free economic model that provides chances for industry and employment “..

Iberdrola, one of the world’s largest clean energy companies and a leader in renewables, will join forces with Mitsubishi Power, a leading supplier of power generation and storage equipment, including gas and steam turbines, generators, electrolysis units, and battery storage systems.

Investing in the environment can help the economy recover

For two decades, Iberdrola has been at the forefront of the energy transition, serving as a fundamental driver of industry development, economic recovery, and job creation. The corporation has announced a €150 billion investment plan over the next ten years (€75 billion by 2025) to treble renewable capacity and treble network assets, taking advantage of the opportunities presented by the global energy revolution.

Iberdrola has become a leader in renewable energy with approximately 35,000 MW of installed capacity worldwide, making its generation fleet one of the cleanest in the business, thanks to investments totaling €120 billion since the turn of the century.

Iberdrola’s investment strategy in clean energy and grids will make it a “carbon neutral” corporation in Europe by 2030, with 98 grCO2/kWh emissions, two-thirds lower than the European average. 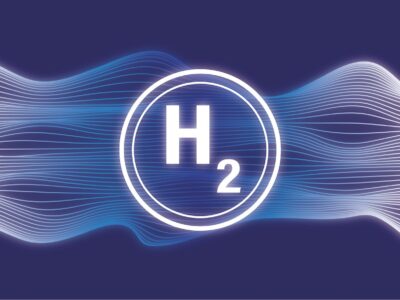 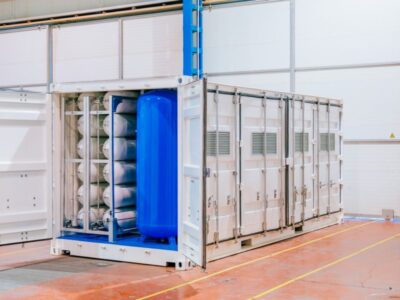