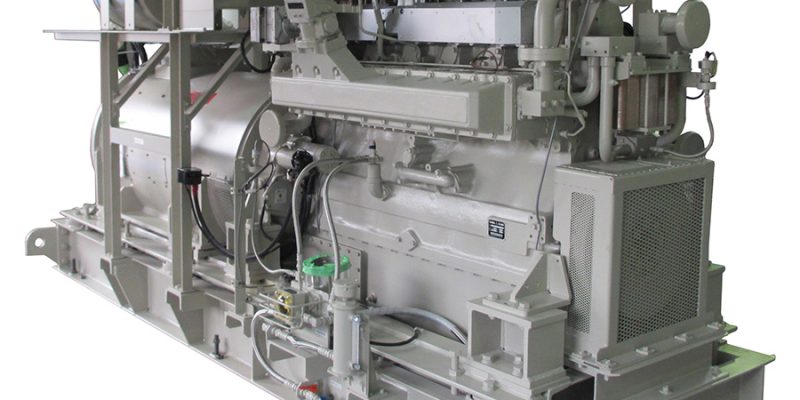 Toho Gas and Mitsubishi Heavy Industries Engine & Turbocharger (MHIET) have successfully completed test operations that achieved the rated output with a 35 percent hydrogen mixed fuel burning ratio as part of a joint project to demonstrate mixed-fuel combustion with city gas and hydrogen using a commercial gas engine for a cogeneration system (by volume). This is the first successful test of its kind in Japan.

A commercial gas engine from MHIET was used in the demonstration test at the Toho Gas Technical Research Institute in Tokai, Aichi Prefecture.

The goal is to learn how to make city gas and hydrogen mixed-fuel combustion easier for existing cogeneration systems that are already installed at client sites without requiring major equipment renovation.

Abnormal combustion, banging, and preignition are common problems with city gas and hydrogen mixed-fuel combustion, but the experiments confirmed that a stable combustion condition could be achieved by modifying the fuel and air input ratios, among other changes.