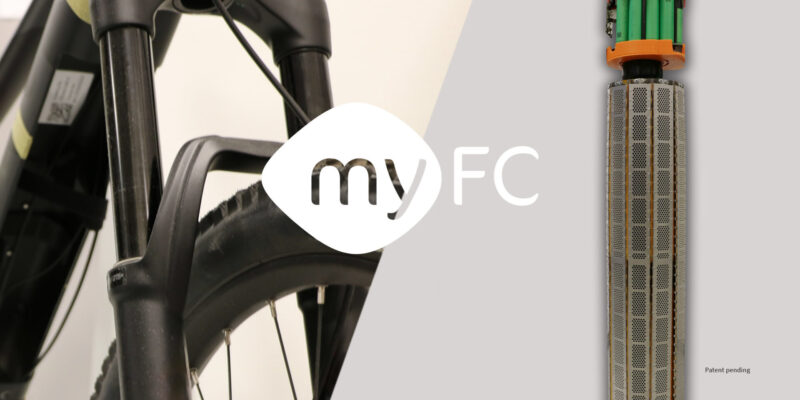 Together with the customer, global supplier of bicycle systems, myFC began developing a system designed for electric bicycles that combines the company’s microfuel cell technology with a lithium-ion battery, extending the range of the bicycles significantly.

The technology is compact and can be integrated into the frame of a standard electric bicycle, providing a very customizable solution for the end user.

Now myFC is prepared for the project’s final phase, during which the system will also be delivered to the customer.

According to Sebastian Weber, chief technology officer at myFC, the work has gone quite well. The application’s updated version of the company’s unique LAMINATM fuel cell improved output power and optimized the system’s energy density.

myFC has developed the application for electric bicycles using the innovative LAMINATM fuel cell as a pliable building block that has been fitted to the severe fit and space efficiency requirements of electric bicycles.

One of myFC’s advantages is that, unlike less flexible stacked fuel cells, it can handle the heat energy generated by the fuel cells without requiring expensive cooling systems.

Pouya Haghighi Moud, application manager at myFC, is the project’s project manager. According to him, the work was carried out in an agile manner with incremental iterations to further increase the maturity of the application’s technology.

And the customer’s technical objectives have been met on time.