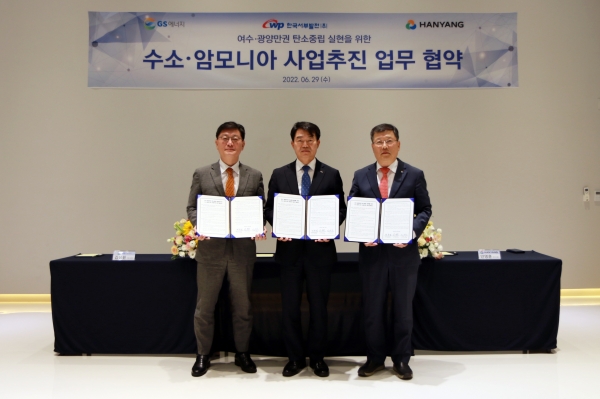 An island within the Yeosu National Industrial Complex called Myodo will be the center of clean energy production, distribution, and user base with a carbon-neutral ecology. By 2030, the project, known as the “Myodo Eco-Energy Hub” project, will have cost more than 15 trillion won.

By leveraging the Yeosu-Myodo Port redevelopment project land (about 650,000 m2) owned by Korea Western Power, Hanyang, and GS Energy, the primary stakeholders in the Myodo project, the main objective of this agreement is to establish clean hydrogen and ammonia infrastructure.

The agreement states that Korea Western Power, Hanyang, and GS Energy have made the decision to actively collaborate in order to build a foundation for a hydrogen/ammonia value chain, develop technology for producing hydrogen/ammonia and participate in the market, provide locations for businesses, and use and introduce hydrogen.

Vice President of Korea Western Power Choi Yong-beom stated, “We expect this agreement will help provide the groundwork for Western Power to establish a competitive advantage in the field of clean energy generation in the future. We’ll work hard to get carbon neutrality as soon as possible.