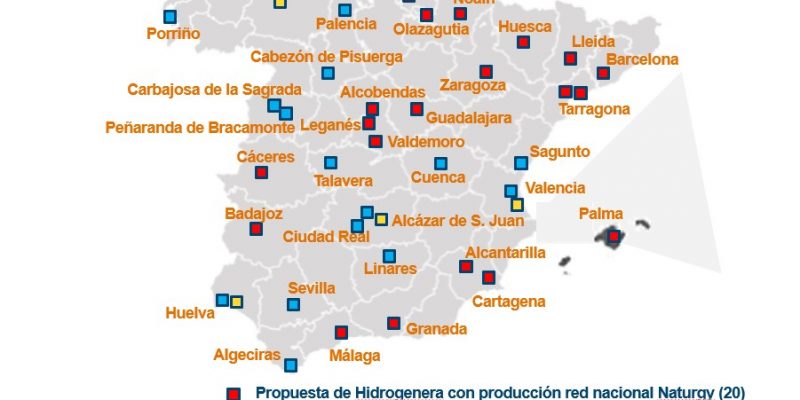 Naturgy has presented the Spanish Government with a project to build 38 hydrogen fuel stations at a national level with the aim of providing a hydrogen-refueling service in the urban-to-interurban environment and thereby boosting sustainable mobility in the Iberian Peninsula.

The total infrastructure to be developed during the second stage will come to 120 hydrogen fuel stations.

The network of 38 hydrogen fuel stations would be distributed all over the national territory, making the most of the company’s hydrogen-production centres located in La Robla, Meirama, Valencia, Palos and Alcázar de San Juan.

The deployment of this network of hydrogen fuel stations represents an innovation as it will enable sustainable-mobility development needs to be attended to and the European network of hydrogen refueling stations to be increased. It will also validate a new infrastructure model that will contribute synergies with the network of natural gas stations the company has already been operating in Europe.