Neoen has secured a 14-year contract for the first 100 MW of wind energy from Neoen’s Goyder Renewables Zone located in South Australia after winning the highly competitive process.

The Australian Capital Territory (ACT) is an internationally recognized 100% renewable electricity
jurisdiction, focused on reaching net zero emissions by 2045. This is Neoen’s fourth ACT Government
contract, reinforcing its position as a long-term partner in the territory’s low carbon transition.

Under the new contract, the ACT will be supplied from Stage 1 of the Goyder wind farm, part of Neoen’s Goyder Renewables Zone in South Australia.

Goyder will leverage the wind and solar renewable resources of the area and deliver a significant economic boost to the local community. Goyder continues to proceed through its formal development approval process and is expected to begin construction in 2022 for the first stage.

As part of the tender selection process, Neoen has committed to go beyond the base requirements on the tender process and build a battery storage facility with a capacity of at least 50 MW in the nation’s capital to support and stabilize ACT’s electricity grid.

The battery will be open to community co-investment, providing residents of the ACT and Capital region with an opportunity to become financial stakeholders in the project.

Taking its existing partnership with Canberra Institute of Technology’s Renewable Energy Skills Centre of Excellence to the next level, Neoen will co-develop programs in cyber security for renewables, Indigenous land care and hydrogen.

Work will also start with ANU (Australian National University) on a research project focused on grid-scale battery performance optimization, as well as a feasibility study for a solar panel and/or battery recycling facility.

“We are delighted to have been awarded another highly prized long-term contract with the ACT Government, and we are proud to be playing such a major role in helping the nation’s capital maintain its 100% renewable electricity target. With over half of Neoen’s team working from our Canberra office, it is a ‘home win’ and we look forward to deepening our commitment and contribution to the ACT’s energy system and inviting the community to invest alongside us. The Goyder Renewables Zone that supports this contract is a landmark project that will not only provide a significant boost to the South Australian economy but will also allow all Canberrans to benefit from clean, reliable and affordable electricity.”

“The ACT has been an Australian leader in being powered by 100% renewable electricity and we are using reverse auctions like this to make sure we continue this as our city expands and our power consumption increases. The batteries will also help support the territory’s own grid, particularly providing power to help avoid blackouts during periods of high demand and when large fossil fuel generators fail in heatwave conditions.”

Shane Rattenbury, minister for Climate Change and Sustainability for the ACT.

“Our Australian story began in the ACT and this fourth contract underscores our extraordinary track record in being able to deliver competitive pricing and build robust, innovative projects. We are currently managing all of our Australian assets, including the world’s first big battery, from our Canberra office, and will continue to apply these learnings across Neoen’s growing Australian and international portfolio.” 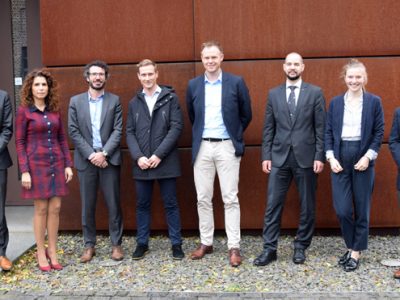