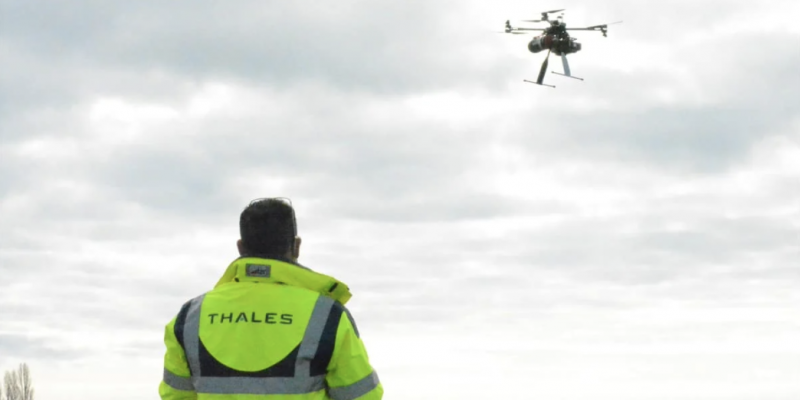 The test flights were carried out to demonstrate the platform’s industrial and operational viability, as well as its improved flight efficiency and environmental friendliness.

The hydrogen-powered drone flew for more than 2 hours with a hydrogen fill time of less than a minute, and it performed consistently during each flight, which is not the case with battery-powered systems. The fuel cell can be installed on the drone in the field, and the device also allows for simple payload configuration for various missions.

Thales’ ScaleFlyt Geocaging solution was mounted on the drone to ensure regulatory compliance. This technology integrates robotics, defense, and qualified avionics systems expertise to provide highly reliable flight containment capabilities for UAS operations. ScaleFlyt Geocaging, which was developed with the help of the French civil aviation authority (DGAC), ensures that the drone stays in a specific area during the flight.