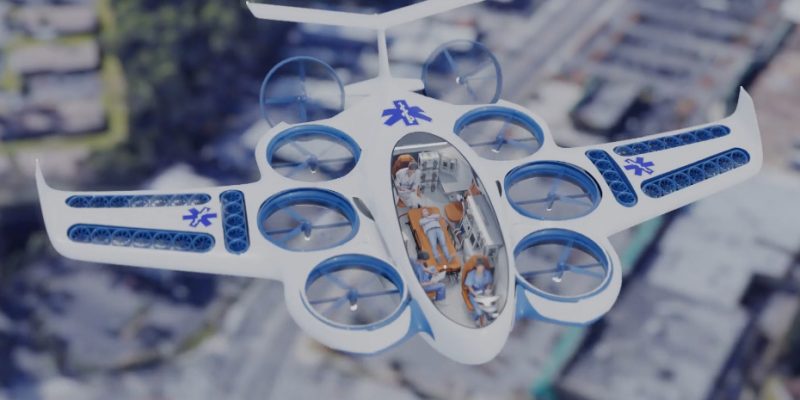 Generally, we would describe an aircraft with fixed wing, large rotor, tiny rotor, tilting fan, dual-axis propulsion, battery, fuel cell, and so on.

Beware: If you think you’ve seen every type of VTOL aircraft (vertical takeoff and landing), you may be quite wrong. Soar, which has eight big fans mounted along the fuselage and a collection of smaller fans built into the fixed wing, is under development. But the primary difference between Soar and other range extenders is the Soar powertrain, which uses liquid hydrogen direct combustion to expand the range.

When looking at Soar, it would appear that it belongs to the same category of planes with a sleek aerodynamic body that has the traits of both an aircraft and a helicopter. to help with stability and control, while helping with thrust, the rear two of its eight large-ducted turbofans tilt forward

When appropriate, the wing allows for horizontal takeoff and landing, resulting in a more efficient choice than vertical take-off and landing. Projections for flight range vary from 300 to 800 miles, with various options for weight and design.

Not only does the plan become more involved inside, but in addition, Paragon has also decided to implement direct hydrogen combustion as part of a hybrid system that utilizes a battery pack to reach their twin goals of drastically decreasing pollution and offering flying times of around three hours.

They want to create a manufacturing and a center for in-air commercial flights in Texas, and are aiming to bring a prototype to market in 2022.