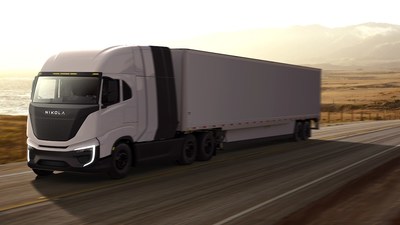 The fuel-cell power modules are expected to launch in 2023, with the first application being the Class 8 regional-haul Nikola Tre FCEV. Nikola anticipates that the overall vehicle design will result in a range of up to approximately 500 miles.

The agreements will allow fuel-cell power modules to be adapted for the Nikola Tre and Nikola Two fuel-cell applications in the United States. Under the terms of the agreements, Bosch will supply Nikola with completely constructed fuel-cell power modules as well as major components, such as the fuel-cell stack, which Nikola will assemble at its Coolidge manufacturing facility. The parties will collaborate to find the remaining parts for the assemblies.

Nikola and Bosch have collaborated to develop a scalable and modular strategy for the Nikola Tre and Two truck applications, which is based on the utilization of numerous fuel-cell power modules and the Bosch heavy-duty commercial vehicle fuel-cell stack. The fuel-cell power modules are planned to be available in 2023, with the Nikola Tre FCEV being the initial application. Nikola estimates that the vehicle’s entire design will have a range of up to 500 kilometers. Nikola intends to increase capacity for use in the Nikola Two FCEV, a Class 8 long-haul vehicle with a range of up to 900 miles.

By 2023, Nikola expects to expand its Coolidge manufacturing facility by 50,000 square feet and generate up to 50 new manufacturing jobs to support the initial ramp-up of the Nikola Tre FCEV, with following expansions planned to support the ramp-up of Nikola’s Tre and Two FCEVs in the United States. Nikola is also adding engineering and testing facilities at its Phoenix headquarters to assist fuel-cell and vehicle validation and testing.

Nikola is presently manufacturing and testing Tre FCEV alpha vehicles with fuel-cell power modules obtained through the agreements, with intentions to begin road testing in support of client pilot tests by the end of 2021.

“This announcement is the result of a multi-year working relationship with Bosch,” said Nikola CEO Mark Russell. “After extensive analysis of the best options out there, we are proud to enter into this strategic relationship with Bosch. The result is the best of both worlds in our ‘make versus buy’ analysis. We will be collaborating with Bosch to develop and assemble fuel-cell power modules specifically for our applications at the same Coolidge, Arizona facility where we manufacture our Nikola vehicles, utilizing major components from the Bosch global manufacturing network.”