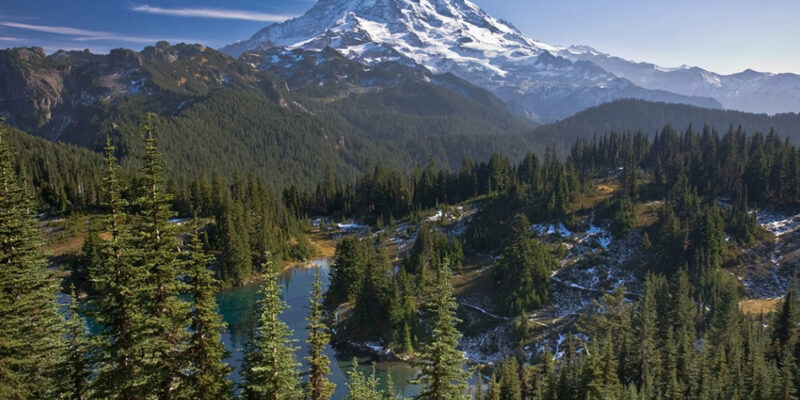 After entering into a binding exclusivity agreement with the Industrial Park at TransAlta (IPAT) in Washington, United States, Fortescue Future Industries (FFI) will investigate the viability of transforming the former Centralia coal mine into a green hydrogen production facility.

Green hydrogen is a zero-carbon and zero-methane fuel that, unlike other forms of hydrogen, does not require the combustion of fossil fuels during its creation.

The planned FFI green hydrogen production plant would enable the decarbonization of difficult-to-control sectors of the North American economy, encourage the creation of a green hydrogen hub in the Pacific Northwest, and potentially generate hundreds of new local employment.

The Centralia coal-fired power station, which is located near to the IPAT project site, is planned to shut down in 2025. FFI would want to use the existing coal workforce for the proposed project, supporting a transfer into the burgeoning green energy sector, pending the conclusion of feasibility studies.

Chairman and Founder of FFI Dr Andrew Forrest AO said, “FFI’s goal is to turn North America into a leading global green energy heartland and create thousands of green jobs now and more in the future.

“Repurposing existing fossil fuel infrastructure to create green hydrogen to power the world is part of the solution to saving the planet.

“The signing of this agreement is another important step in turning the corner once and for all, to implement the technologies carbon emitters need to reach net zero,” Dr Forrest said.

FFI has collaborated with the Lewis County Energy Innovation Coalition and the Lewis Economic Alliance to conduct due diligence on the project.

Richard DeBolt, Executive Director of the Lewis Economic Alliance said, “With the closing of the coal mine and the scheduled retirement of the Centralia coal-fired power plant, IPAT was formed to redevelop the site and attract investment that will support well-paid, long-term employment opportunities in the region. FFI’s potential project represents the opportunity to do just that.”

Chief Executive Officer of FFI North America, Paul Browning, said, “The electric power grid of the Pacific Northwest is one of the lowest carbon power grids in the world and can be used to produce green hydrogen, and could extend the region’s low carbon leadership to hard to electrify sectors like long-haul trucking, ports, aviation, and heavy industry.

“Together with other Pacific Northwest stakeholders, we plan to utilize legacy fossil fuel infrastructure and workforce to produce green hydrogen and pursue a growing zero carbon economy in Lewis County and the Pacific Northwest region.”

Jennifer States, VP of Projects and Strategy, Washington Maritime Blue said, “The hydrogen production envisioned by the proposed project represents the kind of scale needed to transform our port and maritime sector by delivering zero-emission fueling alternatives. This is the next step in what our Build Back Blue consortium laid the foundation for in our proposal to the US Economic Development Administration. Through collaboration and joint innovation we can ensure that this type of large development is fully integrated into the growing clean energy and blue economy ecosystem. It is well-aligned with the DOE Hydrogen Hub and can help our Pacific Northwest Hydrogen Association build up the potential project pipeline for achieving our clean energy transition.”

FFI is advancing negotiations with the Lewis County Energy Innovation Coalition in an effort to study the development of hydrogen applications in the twin cities of Centralia and Chehalis. This involves collaborating with Twin Transit to decarbonize commuter buses and other heavy transportation operations.

Joe Clark, Executive Director of Twin Transit said, “Green hydrogen has the potential to decarbonize our transit operations safely and efficiently. Our central location on the I-5 corridor means the development of hydrogen infrastructure in Centralia can decarbonize the key North-South transport corridor in the Northwest and provide distribution of hydrogen across the region.”