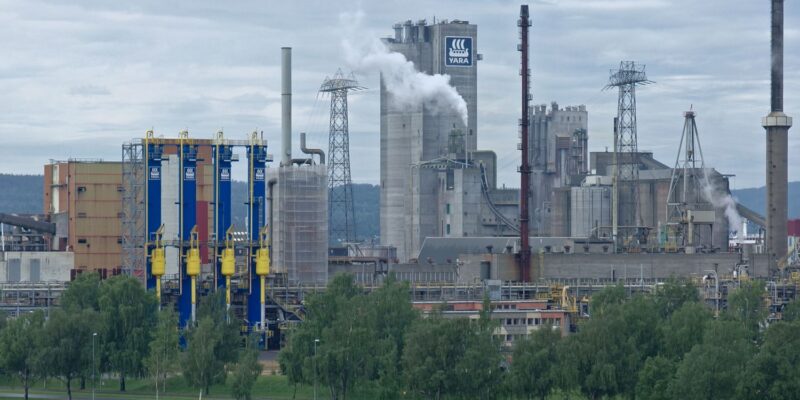 Norway must cut its greenhouse gas emissions by 55 percent by 2030. Norway and Europe will also be carbon neutral by 2050. As a result, Norway has committed to aggressive restructuring steps. The industry’s goals are much higher: By 2040, the industry cluster Powered by Telemark hopes to be profitable. This entails catching, storing, or consuming more CO 2 than one emits.

Fossil energy must be replaced by carbon-free energy. According to the EU, hydrogen will provide 20% of energy. Wherever feasible, solar, wind, and hydropower will be used directly. Energy must be stored in batteries or transformed into hydrogen or ammonia if this is not possible. Norway can accomplish both domestic emission reductions and new industrial building for Norway’s export-oriented sectors by employing hydrogen and ammonia in industrial processes and shipping.

This is a significant shift. It presents a significant possibility to establish a new business that generates and distributes hydrogen and ammonia for use in industrial operations as well as transportation on land and sea. “Yes, in the air with,” as the fairy tale goes, and it’s certainly true in this industrial adventure that Norway is seeing.

This is a typical “hen and egg” challenge, based on an ambitious timeline. A vast amount of hydrogen must be produced and distributed. It needs a sufficient market. The hydrogen industry is expected to increase, but the difficulty is that demand and supply must work together to keep up. Green and low-carbon hydrogen are now expensive, much as solar and wind were when the technology was new and the market was immature. Furthermore, some kinds of hydrogen will need significant infrastructural expenditures in addition to production investments.

In keeping with Norway’s move to electric automobiles, the changeover to hydrogen necessitates an offensive approach. Utilizing differential contracts is an effective strategy to introduce and create a stable market. Such contracts allow the hydrogen players and the government to share risk in order to create a future liquid market with stable market pricing for investors.

Differential contracts are nothing more than a technique for linking the buy or selling price to a reference price. The reference price can be connected to the market price of carbon in the first phase, and then to the market price of hydrogen in the second phase after that market has been established. The manufacturer’s pricing risk is confined to the price band’s minimum and maximum prices, while the state is responsible for prices below or above these levels. This provides the producer with a restricted revenue assumption, which may then be used to finance and construct hydrogen production units.

The rapid introduction allows for the rapid decrease

Because the state must contribute to emission reductions, such a sharing of price risk between the producer and the state is fair. Speedy adoption of differential contracts will also result in a faster decrease in emissions, which is beneficial to the state. The duration of such an arrangement must be sufficient to guarantee that our ultimate objectives are met. The objective of 55 percent by 2030 may be the proper timeframe. Differential contracts for the use of hydrogen in industry and shipping should be developed.

The industry emphasizes the urgency of the situation and the importance of different contracts in achieving the aim. Other nations have had good success with differential contracts in other energy domains and are ahead of us in utilizing them for hydrogen. As a result, Norwegian authorities and politicians have to move fast to implement such a system, so that green investment in Norway becomes more than a hobby, but a viable business opportunity.