National Renewable Energy Laboratory (NREL) has conducted an analysis proving that hydrogen has the greatest potential among technologies for seasonal energy storage in the future.

Guerra’s co-authors, all from NREL, are Jiazi Zhang, Joshua Eichman, Paul Denholm, Jennifer Kurtz, and Bri-Mathias Hodge. They developed a multi-model approach that considers both the estimated cost and value of storage technologies in determining cost-competitiveness. They analyzed 80 scenarios involving hydrogen, pumped hydro, and compressed air in making their determination.

“This is perhaps the most comprehensive techno-economic assessment of seasonal storage performed to date. Based on the estimated value provided to the grid, we have identified the specific conditions, such as power- and energy-related costs, round-trip efficiency, and discharge duration, under which a given storage technology is cost competitive.”

The study included the cost of seasonal storage based on the power capacity and energy capacity. While that is common in energy storage analysis, the researchers included potential revenues of capacity value, which is the cost to build new peaking plants to supply electrical demand; and, uniquely, accounted for avoided grid operating costs. Previous studies into energy storage do not consider the potential benefits to the grid. Using that information, a benefit-to-cost ratio analysis was conducted to determine the profitability of the storage technologies.

In the near future, the researchers reported, pumped hydro and compressed-air energy storage with a day’s worth of stored electricity are expected to be cost-competitive.

In the 2050-2070 time frame, hydrogen with as much as two weeks of stored energy is forecast to be a cost-effective storage method based on projected power and energy capacity capital costs. In addition, because hydrogen can be used in other sectors, such as transportation and agriculture, that could provide additional revenue streams. The NREL model does not take those into account but noted the revenue streams “could be crucial for the cost-effectiveness of seasonal storage.”

The researchers did not consider batteries as a storage method because the technology has not sufficiently matured for seasonal storage applications. However, they also evaluated nine generic storage technologies with 40%, 60%, and 80% round-trip efficiency and three possible lifetimes: 18 years, 30 years, and 50 years. In this way, technology developers can map the results to their technologies.

The Department of Energy’s Office of Strategic Programs and its Hydrogen and Fuel Cell Technology Office funded the research.

Nordex Group to build factory for concrete towers in Spain 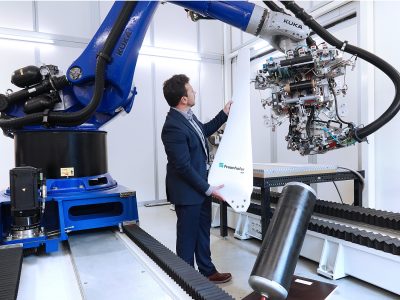