A significant step towards Ørsted’s goal of becoming a global leader in renewable hydrogen and green fuels, FlagshipONE will be the company’s first Power-to-X facility on a commercial scale. By purchasing the remaining 55% of the project’s shares from Liquid Wind, the project’s original developer, Ørsted has acquired full ownership of FlagshipONE, demonstrating its commitment to the FID.

FlagshipONE is Europe’s largest FID-certified green e-methanol facility, and it is situated in Örnsköldsvik, in northern Sweden. FlagshipONE is scheduled to start up in 2025 and will generate 50,000 tonnes of e-methanol annually to aid in the decarbonization of the global marine sector.

In order to increase its presence in Power-to-X across Northern Europe and the United States, Ørsted is focusing on the shipping industry, which contributes about 3% of the world’s carbon emissions. In addition to developing the 300,000 tonne “Project Star” in the vicinity of the US Gulf Coast and the “Green Fuels for Denmark” project in Copenhagen, which will both produce sizable quantities of e-methanol to enable the decarbonization of shipping, FlagshipONE is the first e-methanol project in Ørsted’s ambitious green fuels pipeline.

Green fuels for shipping are now more expensive than their fossil-based counterparts. To encourage demand and accelerate the maturation of green fuels at scale and speed, the sector needs regulatory support. Pricing of e-methanol, even from world-class Power-to-X assets like FlagshipONE, is subject to significant uncertainty until this law is implemented, and there has not yet been a significant increase in demand for large-scale offtake. Ørsted is ready to take the lead in the growth of the Power-to-X business and accept risk in the process, including by promoting important initiatives like FlagshipONE, but immediate regulatory action is required to keep pace with developers’ and shipping firms’ aspirations. 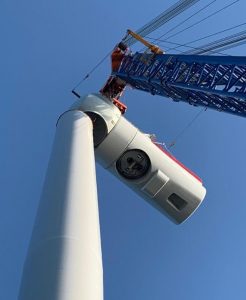 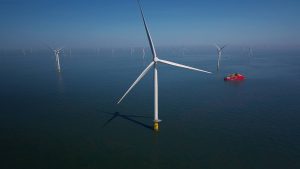