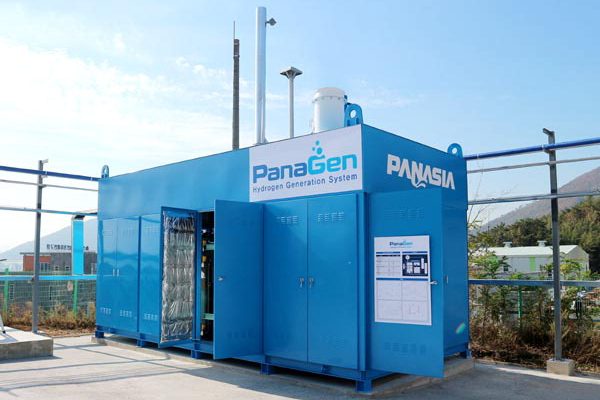 An autonomous facility that harvests hydrogen from natural gas has been granted a production license by Panasia, an environmentally friendly business in Busan. The process of charging is anticipated to be simpler than the current way of storing and utilizing hydrogen.

On the 30th, Panasia claimed that it had become the first company in Korea to secure a production license for hydrogen products from Gangseo-gu, Busan, and was currently through the final examination. Panasia was the only one of the eight hydrogen extractor companies registered with the corporation to receive a hydrogen product manufacturing license. Panasia had previously received approval from the Korea Gas Safety Corporation for a technology review for the first time among hydrogen extractor manufacturers. The government has mandated that domestic hydrogen product manufacturers obtain manufacturing licenses from the Gas Safety Corporation and the appropriate local government in accordance with the enforcement of the “Act on Fostering the Hydrogen Economy and Hydrogen Safety Management” (Hydrogen Act) in February. A punishment of up to 20 million won or a two-year jail sentence, whichever comes first, may be imposed for breaking this law.

The hydrogen extractor from Panasia can directly extract hydrogen utilizing the current city gas (natural gas) supply network. It is now manufactured in Korea, mostly at Ulsan and Changwon, by extracting a significant quantity of hydrogen from natural gas. In order for users to purchase hydrogen, it must then be transported to individual charging stations. The benefit of this Panasia plant is that hydrogen may be produced directly utilizing municipal gas at the charging station, eliminating the need for the hydrogen transportation procedure. In particular, a real-time monitoring system utilizing artificial intelligence was developed in the facility to ensure the safety of hydrogen manufacturing facilities. A carbon dioxide capture and storage device as well as an ammonia hydrogen extractor, which turns ammonia back into hydrogen, have recently been created.

Lee Min-Geol, executive vice president of Panasia, stated that “We will continue to create safe and environmentally friendly hydrogen solutions with technology.”

How Africa might become worldwide leader in hydrogen energy

Hydrogen in Germany is “fairy tales about the future”