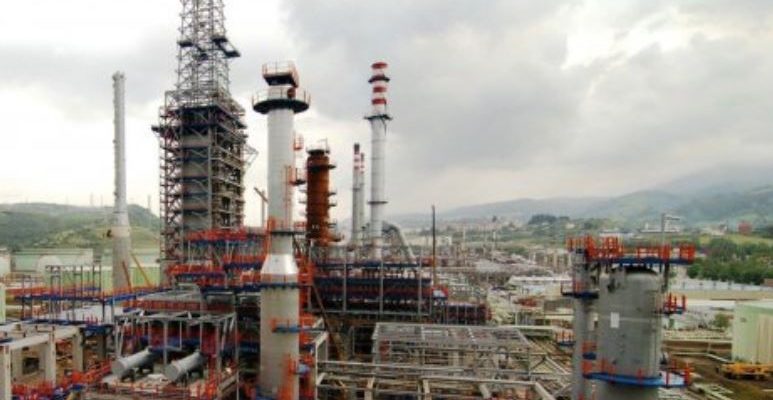 The efforts toward making the Basque Hydrogen Corridor a reality are still in progress. After Nortegas started building the hydro duct that will link Petronor with the main structure of the Energy Intelligence Center (EIC) in Abanto-Zierbena, the Emiliano López Atxurra refinery started processing permits to erect the 2.5 MW electrolyzer that will serve as the foundation for the company’s ambitious plan to build a 100 MW electrolyzer.

The project already has a target of 2023 for producing its first output, which will be hydrogen, along with a budget and work schedule. According to information provided to “Crónica Vasca” on the Sener electrolyzer project, the Sendagorta technical team has set January 16, 2023, as the deadline for producing the first hydrogen molecules for Petronor.

Naturally, the timelines depend on how the work is progressing and whether the hydrogen production tests, which will start in the middle of this year’s December, proceed well. Iberdrola has moved its two major hydrogen initiatives outside of the Basque Country: the company’s green hydrogen macro-plant is in Puertollano (Ciudad Real), and the electrolyzer factory in the American Cummins in alliance with the firm of Sánchez Galán will be located in Guadalajara. The Basque Country’s commitment to compete against Iberdrola will be Petronor’s production.

With Petronor’s initiative, a picture of the Basque Country’s hydrogen future is taking shape. The center of the map for the introduction of this technology will be Bizkaia. The electrolyzer plant itself, the renowned Boro hydro duct, and the facility to create hydrogen that Nortegas envisions in the ancient cycle power plant, combined Boroa-Amorebieta, will all be located in this land. This hydro duct will connect Petronor’s production with the EIC of Abanto-Zierbena. These first four “legs” of Basque green hydrogen may become a reality soon after 2023 begins, depending on the status of the various initiatives. Therefore, the Basque wager would start even before Iberdrola’s green hydrogen plant obtains its ideal complement in the shape of the electrolyzer factory, positioning Castilla-La Mancha as one of the Basque Country’s competitors in the leadership of this new source of energy.

By the end of the year, Nortegas will have completed its pipeline, even before Muskiz produces its first hydrogen molecule. This link, which would carry hydrogen at a pressure of 32 bars over its 1,860 meters of underground length for a price of 957,000 euros, will be entirely underground. The pipeline will “close parallelize” with the new network that Enagás will construct to provide natural gas to the surface, beginning at the easternmost end of the Petronor refinery. The first supply is planted to supply the EIC’s main building, the surface’s “Living Lab,” and a plot for logistics and transportation.

The Lehendakari Urkullu participated in a ceremony to lay the foundation stone for the EIC’s construction in February. The project is expected to be finished in September 2022 with a 40 million euro investment, and fifty specialized enterprises will be housed there. Ainara Basurko, the deputy for economic promotion in Bizkaia, claims that this headquarters is nearly full and that plans for further additions are already being considered. There will be 176,000 square meters of plots available throughout the Park.

The Nortegas link aims to be the first hydro pipeline in Spain, but it will face competition from Redexis’ hydro pipeline project in the Balearic Islands, which was announced in January 2021 and would feature a 2,777-meter extension with an estimated cost of 766,509 euros. Although the administrative processing of this project is less advanced than the Abanto Zierbena hydro duct, which has already finished its whole bureaucratic trip, Redexis operates on the assumption that the Balearic hydrogen pipeline will be available in October.