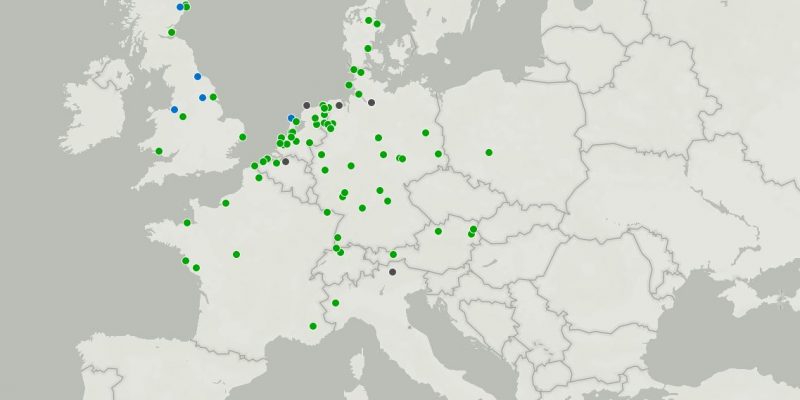 Pillsbury, the first global law firm to establish a practice group dedicated to all things hydrogen, has now launched the only public resource tracking the progress of hydrogen projects around the world, demonstrating its position at the vanguard of the continuing energy shift. This useful resource can be found at www.TheHydrogenMap.com.

With more than 200 projects already included, the Pillsbury map focuses on “green” and “blue” hydrogen projects—production facilities that meet low-carbon thresholds by using either zero-carbon sources such as renewables or nuclear power or by capturing, storing, or reusing carbon emissions produced by fossil fuel-based hydrogen production methods. With existing entries updated as projects develop and the opportunity to contribute more information to assist readers locate projects of interest, this data set will grow over time.

“With governments and enterprises worldwide increasingly prioritizing decarbonization goals, we are laser-focused on helping clients capitalize on the enormous opportunities that the ongoing energy transition presents,” said partner Sheila Harvey, who serves as firmwide Energy Industry Group leader at Pillsbury and co-leads the firm’s Hydrogen practice.

Some notable findings based on Pillsbury’s research include:

“Low carbon hydrogen and ammonia production is the key to decarbonizing the hard-to-decarbonize sectors like transportation, industry and buildings,” said Pillsbury energy partner and Deputy Energy Industry Group leader Elina Teplinsky. “This map will be a helpful tool for a broad audience of policy makers, industry participants and investors, sustainability analysts, advocates and journalists tracking the development of low-carbon hydrogen projects and encourage dialog between those parties to further accelerate adoption of this transformational technology.”

Innovation has long been the through line of Pillsbury’s energy and technology practices. Today, that includes being at the forefront of the energy transition, guiding clients in the diversification from fossil fuels to renewable energy, carbon capture, utilization and energy storage. Hydrogen and many new energy technologies are playing a crucial role in the clean energy transition. Pillsbury’s global, cross-disciplinary Energy team is poised to help clients navigate the transformation with strategic advice on new energy technologies as they emerge.

Hydrogen underground storage to be developed under USS 2030 project