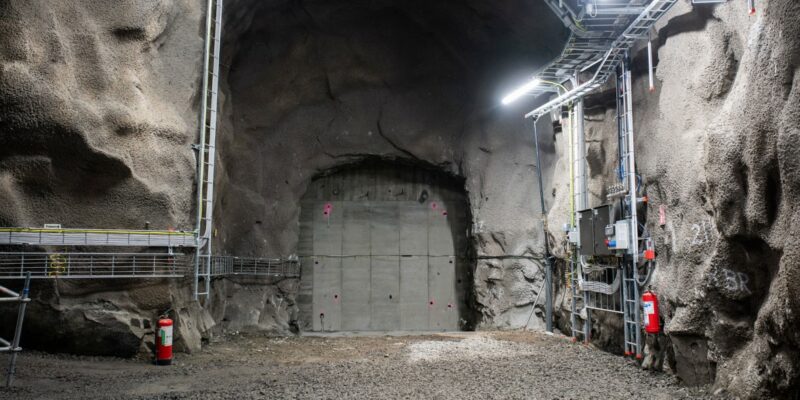 The HYBRIT prototype facility in Lulea, Sweden, for the storage of fossil-free hydrogen gas is already operational. It was built by SSAB, LKAB, and Vattenfall.

The facility for storing fossil-free hydrogen gas in rock caverns is the first of its kind in the entire globe. Now that it has begun, the two-year test period will go until 2024.

Initial water pressure tests were performed after the pilot facility’s June opening, and they verified the building’s mechanical stability, tightness, and pressure capacity. Hydrogen gas was subsequently poured into the storage facility, which even reached its maximum operational pressure of 250 bar. The commissioning of the Svartöberget pilot facility has demonstrated that the storage facility operates in accordance with its design and complies with all safety regulations.

A sealing layer is used to line the cavern walls of an underground lined rock cavern (LRC) in order to store gas there. Although LRCs have undergone extensive testing using natural gas, the pilot plant in Lulea is the first of its kind to test the technology using hydrogen gas on a regular basis.

The three owners, SSAB, LKAB, and Vattenfall, launched the HYBRIT program in 2016. The hydrogen storage facility will be a key component of the whole value chain for the manufacture of iron and steel without the use of fossil fuels. Production of sponge iron, the primary component of fossil-free steel, will be ensured by creating fossil-free hydrogen gas when there is a lot of electricity, such as when it is very windy, and using stored hydrogen gas when the electricity system is stressed.