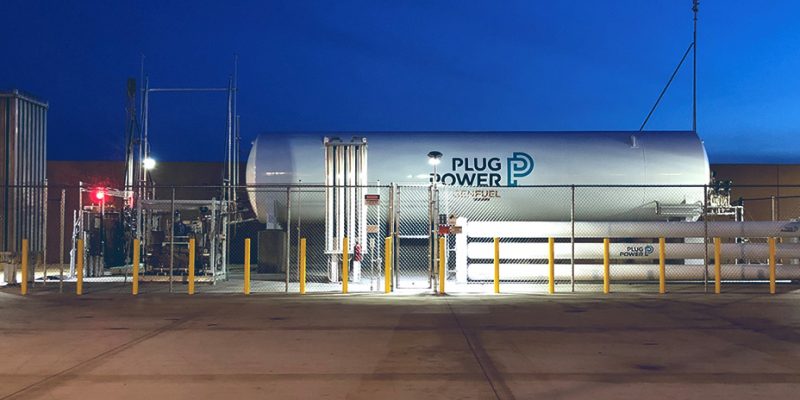 Schumer, a proponent of hydrogen energy, stated plans to lobby for new tenants and jobs at STAMP in order to turn it into a local powerhouse for clean energy and semiconductor companies.

Schumer, who has long advocated for clean energy, spoke today about the government’s responsibility in boosting hydrogen energy adoption and lowering its prices through research and development in order to decarbonize the economy. He claims that with the support of Plug Power, the country can jumpstart the hydrogen economy of the twenty-first century.

Schumer’s visit to STAMP comes as Plug Power continues to expand its manufacturing facilities around the United States, with aspirations to manufacture 500 tons of liquid green hydrogen per day by 2025 and 1,000 tons per day globally by 2028. Green hydrogen is created by electrolyzing water with power supplied from carbon-free sources, with only harmless oxygen expelled as a byproduct.

The STAMP project will create 45 metric tons of green liquid hydrogen per day, serving the Northeast region as North America’s largest green hydrogen production facility. Plug’s state-of-the-art PEM electrolyzers, which split water into hydrogen and oxygen through an electrochemical process, will provide 120 megawatts to the facility, which will be generated using clean New York hydropower.

“The support of Sen. Schumer and Congress plays a key role in helping to bring affordable hydrogen to the market,” Marsh said. “We appreciate their leadership on the Infrastructure Investment and Jobs Act, which will help to promote the production and deployment of green hydrogen.”