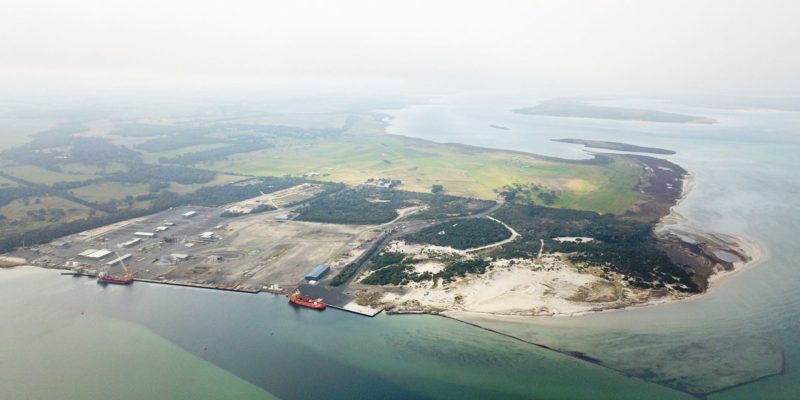 Australia’s southeast is home to the world’s biggest clean hydrogen hub, which has signed a $30 million agreement with the United States-based company Babcock and Wilcox to build a biomass-to-hydrogen project at the location.

At a time when governments and industry are increasing their investments in the development of the nation’s nascent zero-emission hydrogen economy, Port Anthony Renewables is bringing technology developed by New York-listed Babcock and Wilcox for producing hydrogen from waste timber to its hub in Port Anthony, in the Gippsland region of Victoria.

In a statement, Ben Anthony, managing director of Port Anthony Renewables, stated, “The Port Anthony region has long been considered a cornerstone of the offshore energy sector.” In addition to accelerating the growth of the Port Anthony Renewable Hydrogen precinct, this jointly developed Babcock and Wilcox project puts us on track to produce 25 tonnes of hydrogen per day within the next two or three years, which will ultimately lead to the decarbonisation and repurposing of the Bass Strait oil and gas sector.

Hydrogen, which burns cleanly and emits only water, is being heralded as a key growth technology in the fight against global warming because of its potential to decarbonize parts of the economy that are difficult to electrify, such as a variety of industrial processes, which are currently not electrified. In the long run, it is anticipated that clean hydrogen will also be used as a storage for renewable energy produced in Australia and transported to clients in Asia.

According to Babcock and Wilcox Chairman Kenneth Young, “the Asia-Pacific area has a considerable need for sustainable energy and decarbonisation solutions.” “Our… technology will play a critical role in the expansion of our operations in this market.”

It is deemed carbon-neutral to use leftover lumber that would otherwise be disposed of in landfill since the carbon dioxide produced during burning would have been first absorbed from the atmosphere throughout the plant’s lifetime. Brazilian steelmakers utilize biomass to fuel certain steel-making processes, but biomass accounts for less than one percent of worldwide steel output at the moment.

A proposal to give $3 billion by 2030 to incentivize the production of green hydrogen – fuel created when a renewable energy-powered electrolyser is used to split water into hydrogen and oxygen – for domestic and international usage was announced last week by the New South Wales government.

Mine owner Andrew “Twiggy” Forrest has committed $115 million to the first phase of what he claims would be the country’s largest clean-hydrogen production centre, with electrolyzers capable of producing 2 gigawatts of power. The project is located near Gladstone, Queensland.