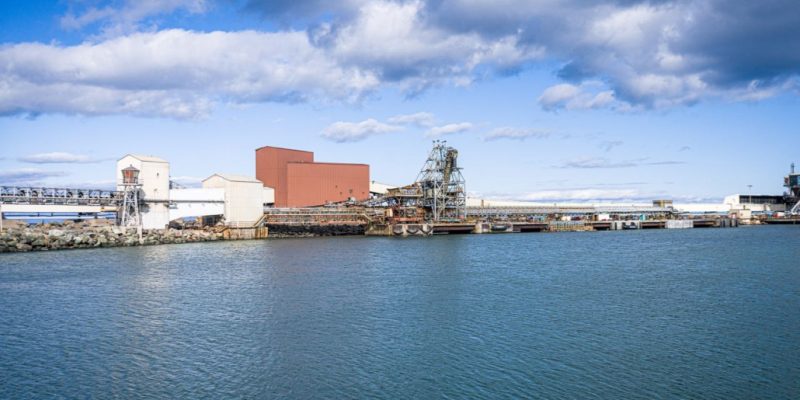 The Belledune Port Authority (BPA) and Cross River Infrastructure Partners have reached an agreement in principle for the development of a green hydrogen production facility at the northern New Brunswick port, which will help meet provincial, federal, and international goals for the transition to a clean energy future.

This development agreement will aid the Port of Belledune in its quest to diversify its operations and establish new enterprises powered by renewable energy.

The BPA and Cross River will attend the German-Canadian Atlantic Renewable Hydrogen Expo on August 23 in Stephenville, Newfoundland, the following week. The focus of the exhibition will be on enhancing Canadian-German cooperation on sustainable hydrogen supply chains.

“We believe the Port of Belledune is the best location in Eastern Canada to establish this innovative green hydrogen production facility,” said Rishi Jain, Managing Director, Cross River Infrastructure Partners. “Belledune is an established year-round port with easy access to the key European Union and North American markets we’re targeting. With most of the required infrastructure already in place, including a critical source of existing clean energy and substantial existing transmission to power our operations, we view this as a significant opportunity for everyone involved.”

Numerous nations, including Canada, the United States, and Europe, view green hydrogen as a viable long-term replacement for fossil fuels. It is a zero-carbon fuel that emits only water when generated by zero-emission energy sources. When converted to ammonia, pure hydrogen is dense and stable enough for long-distance transport. The global growth of commercial hydrogen fuel on a large scale and over the long term is fostered through trade agreements, policy development, and public infrastructure investments.

The project in Belledune would employ 200MW of clean, stable power to create green ammonia for export. Planned additions would create the potential to meet both regional and international energy demands.

The hydrogen production facility could be operational by 2027, pending the results of feasibility studies, environmental assessments, due diligence, and permitting.

“As a federal port authority, we welcome the opportunity to support Canada’s efforts to provide sustainable solutions to the world,” said Denis Caron, President and CEO of the Belledune Port Authority. “This agreement is an important step in our port’s plan to foster new investment, enable a transition to green energy and bring greater prosperity to all New Brunswickers.”

Cross River and the Port of Belledune collaborate closely with the federal and provincial governments, as well as Indigenous leaders, on this project.

“Pabineau First Nation is pleased to support the Port of Belledune on its journey to create cleaner industry supported by renewable energy in our region. This collaboration is a good first step to realize our potential and I look forward to seeing it develop and create opportunities for Indigenous partnerships, economic development and employment,” commented Chief Terry Richardson of Pabineau First Nation.

To support the initial phase of the project, BPA and Cross River are collaborating closely with New Brunswick’s public utility to source certified clean energy already accessible on the grid.

“The energy sector is undergoing transformational change and we want to be part of that future,” said Lori Clark, president and CEO of NB Power. “This future includes embracing new technology and this project is an example of that. Our role in this project will be to ensure we have the infrastructure in place to support what is being proposed and look forward to further engagement with the proponents.”