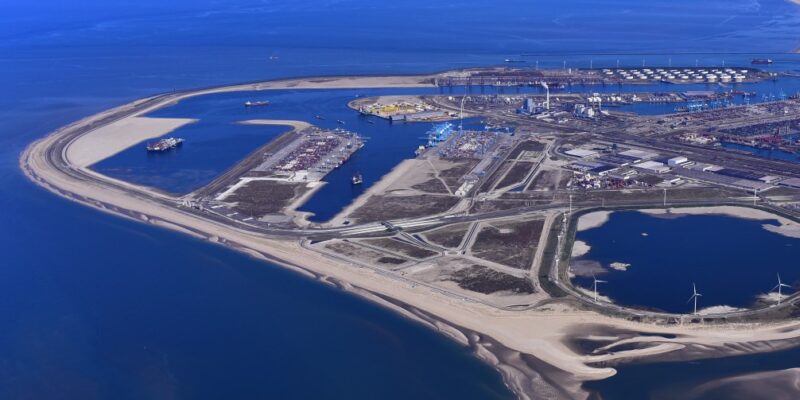 The present gas crisis, as well as reliance on Russian energy, are putting further pressure on hydrogen development. In the near future, final investment decisions for the building of hydrogen plants and the installation of pipelines are expected in Rotterdam. The largest port in Europe wants to be a leader in the European hydrogen economy, therefore it’s importing hydrogen in enormous quantities.

If the European Commission and the Dutch government have their way, hydrogen will be the new “sustainable” gas. However, hydrogen may only be considered “green” if it is produced using renewable energy sources. Because there is now a scarcity in the Netherlands, the Port of Rotterdam Authority is seeking sustainable hydrogen on a global scale.

“There is a lot of strain for numerous reasons,” says Nico van Dooren, the Port of Rotterdam Authority’s energy transition manager. “One is that we want to gain independence from Russia sooner rather than later. Another factor is the weather.” The European Commission has nearly doubled its hydrogen import goals from 5.6 to 20 megatons by 2030. “It should work because it puts a lot of pressure on,” Van Dooren explains.

On Maasvlakte 2, the last piece of undeveloped ground has been set aside for five hydrogen plants. These so-called electrolyzers use energy and water to produce hydrogen. A cable from grid operator Tennet will come ashore, supplying energy to the new wind farms in the North Sea, in addition to the industries. A portion of that energy must be transformed into hydrogen. Shell, BP, Uniper, and Air Liquide are among the companies that have expressed interest in building the plants.

Hydrogen is designed to provide a natural gas alternative for chemical firms in the port region. Switching to electricity is more efficient since energy is wasted during the generation of hydrogen, but industries that demand high temperatures for their manufacturing, for example, cannot utilize electricity. They have the option of switching to green hydrogen. Hydrogen is already used by many chemical businesses, although it is mainly produced from natural gas.

Hydrogen is also employed in the heavy transportation, in addition to manufacturing. There are already hydrogen-powered buses, lorries, trains, and ships on the road or at sea. A collection of Dutch firms stated that they will begin developing hydrogen aircraft.

Rotterdam aspires to be the logistical hub for the European hydrogen economy, as well as produce hydrogen for its own industries. In conjunction with Shell, German steel company ThyssenKrupp, and German energy giant RWE, the port has advanced preparations to carry hydrogen to Germany. The industrial complexes of Moerdijk and Chemelot in Geleen must also be connected to this with the aid of European, Dutch, and German government support.

Despite the announced acceleration of wind farm building in the North Sea, it will be some time before the Netherlands has a surplus of sustainably generated power that can be utilized to mass-produce hydrogen. As a result, Rotterdam negotiates with nations that have more renewable energy accessible than they can process. Solar, wind, and hydropower provide renewable electricity, which is subsequently transformed into hydrogen on-site and transported to Rotterdam by tankers.

Nico van Dooren is at the forefront of the global search for hydrogen. From Chile to Saudi Arabia, from Canada to Australia, and from Texas to Morocco, it brings him to limitless hydroelectric supplies in Iceland and Norway, but in the majority of nations, it includes large-scale wind farms and vast fields of solar panels. The port authority, on the other hand, sees potential closer to home.

In the south of Spain, Nico van Dooren of the Port of Rotterdam Authority was hunting for sustainable hydrogen: “For the port of Rotterdam, we’re looking for some Spanish sun and breeze.”

The first hydrogen-fueled tankers are expected to arrive in Rotterdam in 2025. Rotterdam plans to import 4 megatons of hydrogen by 2030 and create 0.6 megatons on its own.

Despite the billions of euros set aside in Europe for the development of hydrogen projects, this component of the energy transition has a chicken-and-egg problem: the industry will only switch if there is enough hydrogen available, and energy firms will only deliver it if there is enough demand.

Rotterdam is attempting to solve the chicken-and-egg conundrum by importing hydrogen and ensuring supply. The cabinet, on the other hand, is considering securing the purchase by requiring the industry to acquire a set amount of hydrogen starting in 2026.