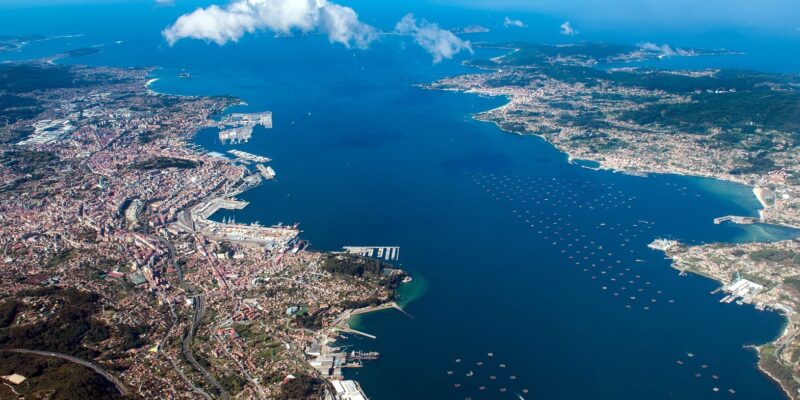 The Port of Vigo will have in the first quarter of 2024 one of the first points in Spain of generation and distribution of green hydrogen for industrial use and for land and maritime mobility, under the ‘Jules Verne’ project, a public-private initiative presented at the port terminal olivica.

Julio Verne’ is an initiative involving a dozen Galician SMEs, as well as organizations (CTAG, Aclunaga or Anfaco) and researchers, which aims to generate and distribute hydrogen from renewable energy sources.

The spokesman for the project, Julio Hidalgo, director of the Hydrogen Division of Univergy Solar, explained that this is a “pioneering and unique” experience, as there are hardly any similar initiatives in Spain, and it has the added value that part of the hydrogen will be dispensed for maritime mobility.

Jules Verne’, which has an investment of 6 million euros, plans to generate 1.4 Mw per year through electrolysis (a process for which photovoltaic energy will be used), which will reduce more than 2,800 tons of CO2 emissions per year. The generation and dispensing of hydrogen will be done in facilities that will be located in Bouzas.

For his part, the economic vice-president of the Xunta, Francisco Conde, pointed out that this initiative will be a “key piece” in the green hydrogen hub planned by the autonomous administration and highlighted its transversality in terms of the uses of this fuel, which can benefit sectors such as the automotive, naval or industrial production.

Conde, who recalled that the future of renewables “passes through green hydrogen”, pointed out that the Axenda Enerxética de Galicia 2030 promotes the use of this technology. This Axenda includes objectives such as integrating new energy sources into the energy mix or creating a hub to obtain 100,000 tons of green hydrogen per year.

The ‘Jules Verne’ project will be, he stressed, an “enormous opportunity” to “generate knowledge and impact on the value chain”, and stressed the importance of “linking sustainability and the industrial sector” at a time when actions are moving towards decarbonization. In addition, it will “contribute” to the energy autonomy of Galicia, which is already the second community with more electricity generation from renewables.

As part of Univergy’s strategic plan, the hydrogen team of the Spanish-Japanese group has been working for more than two years on a portfolio of hybrid projects that incorporate the generation of this energy vector. Green hydrogen already represents 7.2% of the company’s total portfolio of projects under development, representing an electrolyzer capacity of about 1.3 GW, distributed in countries such as Spain, Portugal, Italy, Chile, Uruguay, Argentina, Japan and Australia.