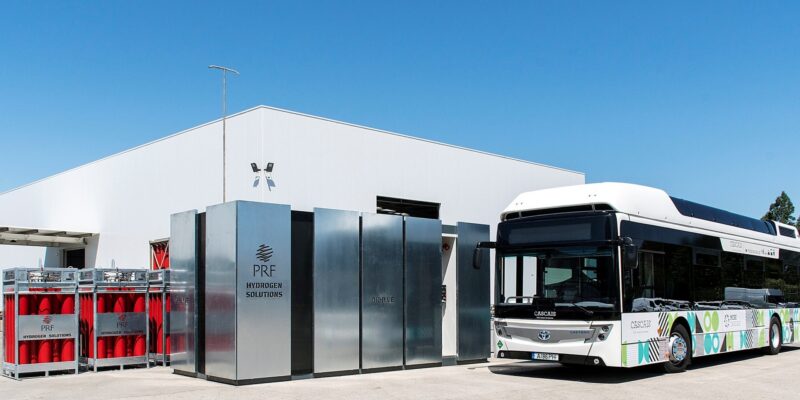 This mobile refueling station, a first in Portugal, will be used to recharge fuel-cell automobiles.

The new hydrogen refueling station, dubbed DRHYVE, presently supplies 350 bar to heavy and light cars and will eventually supply 700 bar to light vehicles. The system was implemented in the Portuguese city of Cascais and now supplies two buses that are also made locally (by Caetano Bus), as well as a light car.

According to Bruno Faustino, Director of the Hydrogen Business Unit, “PRF already has in construction the 2nd DRHYVE station and, although this station does not have its own production, we are already designing stations with its own local production of hydrogen, making the systems fully autonomous.”