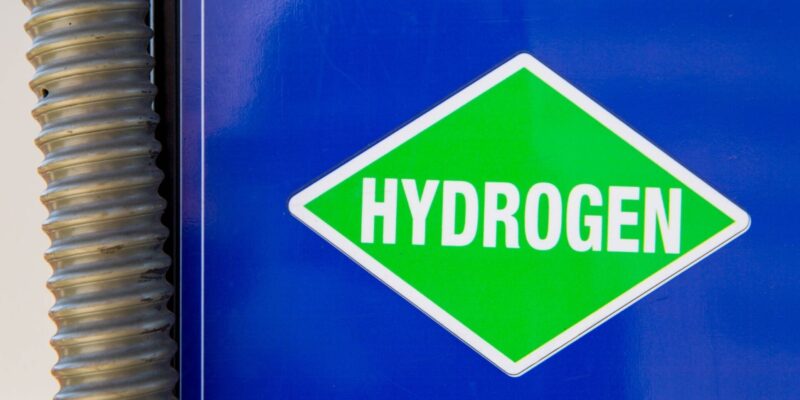 Protium is a green hydrogen energy firm that offers end-to-end net zero energy solutions to customers with net zero goals. It accomplishes this through planning, building, financing, owning, and operating infrastructure assets for green hydrogen and renewable energy. Protium can assist its clients in decarbonizing their heat, power, and transportation needs by bundling diverse infrastructure assets into a commercial framework known as a HESCOTM.

This is the largest fundraising round ever secured by a pure-play green hydrogen energy firm in the United Kingdom.

Protium is one of less than ten green hydrogen energy startups worldwide to have attracted institutional finance in excess of £20 million. The company is presently the most well-resourced green hydrogen energy company in the UK and is well positioned to play a crucial role in constructing the decentralized infrastructure necessary to decarbonise the UK economy and achieve Net Zero by 2050.

This finance will enable Protium to expedite its increasing portfolio of >250MW of green hydrogen projects, including its flagship project with Budweiser in Magor, South Wales, and its 40MW green hydrogen project in Teesside, through planning, engineering, and permitting. Protium wants to dramatically expand its regional teams throughout the United Kingdom and Europe.

This round will also assist the expansion of Protium’s internal digital capabilities, including its digital twin and expertise in energy system optimisation, as well as the improvement of its project and operational efficiency systems.

SWEN is the market leader when it comes to helping green gas projects and developers. Its SWIFT 2 fund (SWEN Impact Fund for Transition 2) is an infrastructure fund focused to initiatives involving renewable gas and the circular economy.

In addition, Protium has appointed two additional board members as part of the raise:

Protium also appointed Claire Perry O’Neill to its advisory board prior to the funding round. Claire was the Energy and Clean Growth Minister for the United Kingdom until 2020. Claire’s legislative accomplishments include drafting and implementing the UK’s Clean Growth and Green Finance Strategies and allocating £200 million in cleantech financing. In 2019, she introduced the country’s Net Zero legislation and spearheaded the United Kingdom’s successful bid to host the United Nations Climate Change Conference (COP26).

“The expertise and resources provided by SWEN and Barclays will help to accelerate the deployment of green hydrogen infrastructure and enable our partners to achieve their net zero goals faster. It is also a vote of confidence for green hydrogen, which we hope will catalyse other business and investors to push forward with us towards a cleaner, more sustainable future.

“Our funding is a small step towards the UN’s target of $5 trillion a year for climate financing, but one that we hope will catalyse others to follow to make the net zero ambitions of companies, societies and government, a reality.”

Olivier Aubert, Managing Director of SWEN Capital Partners, continues: “As Europe’s first dedicated renewable gas strategy, our second vintage SWEN Impact Fund for Transition 2 (SWIFT2) is proud to partner with Protium, the UK’s leading independent hydrogen producer. We are convinced of the relevance of Protium’s integrated project approach, offering a very wide range of energy services, from electricity and hydrogen generation and supply services, to heating and transport fuels. Meeting the on-site energy and transport decarbonisation needs of industrial consumers across Europe is a key objective in achieving the transition to zero carbon.”

Steven Poulter, Head of Principal Structuring and Investments at Barclays, said: “For a successful transition to net zero, alternative, low-carbon sources of energy need to be developed and deployed at scale. Protium’s green hydrogen and renewable energy infrastructure is well placed to deliver this transition, especially given today’s landmark investment, which will fuel Protium’s UK and Europe expansion plans. This is an exciting time to join the board and I look forward to supporting Protium with the growth of their portfolio.”

The funding displays trust in the green energy sector by demonstrating that institutional capital from the United Kingdom and the European Union is being attracted to enterprises that are transitioning consumers to domestically generated and used green fuels.

It also corresponds with the UK Government’s calls for applications under the £240 million Net Zero Hydrogen Fund (NZHF) — Protium has the clients, expertise, and resources to be among the first to develop and attain financial close on fully integrated green hydrogen projects in the UK.